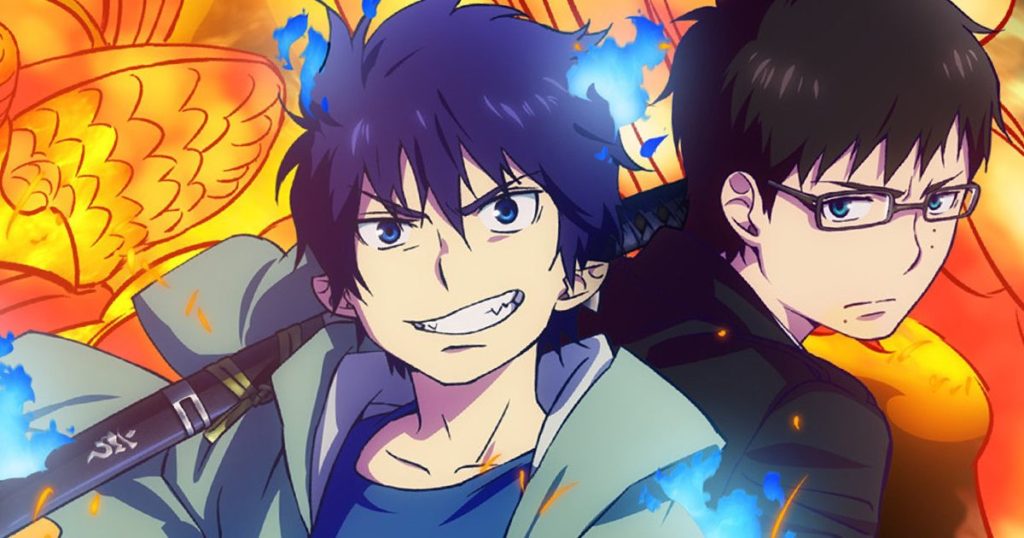 You would think, being the son of the bad guy and all, Rin Okumura might be a little bit more trouble than your average teenager. But instead, he’s just an ordinary rebel teen with dreams of becoming an exorcist to fight evil demons alongside his brother Yukio in Assiah.

Unfortunately for Rin, there are some pretty big obstacles standing between him and that dream: namely getting stronger enough to beat up those pesky devils who want nothing better than to drag him back down into Gehenna with them!

Some anime fans might not be able to tell the difference between Blue Exorcist and many of today’s popular shounen animes. It is one of those that has withstood the test of time because it came out in 2011 but still looks as good or better than some new releases.

It’s been a few years since the first season of Blue Exorcist came out, and people had to learn what shounen-fantasy was. Shows like this were rare back then, but soon after it aired, more started popping up in the anime scene with each passing year. Now that you’ve seen both seasons of this show, here are our anime recommendations for other awesome anime titles just like it!

If you’re looking for a laugh-out-loud follow up to Blue Exorcist, then Blood Lad is a perfect choice. This show is about Staz Charlie Blood, a vampire obsessed with Japanese ure and rules the eastern district, befriends Fuyumi Yanagi after she stumbles into thefallen angel world and becomes a ghost. Fans of Blue Exorcist will love Blood Lad’s wacky take on the supernatural!

The Millennium Earl is a villainous man who enslaves the souls of humans by trapping them in robotic weapons called Akuma. With no way out, such individuals are condemned to an eternity of misery and sorrow unless they’re saved through exorcisms with a weapon called Innocence; Allen Walker, with his Anti-Akuma weapon, has been tasked with taking the life of The Millenium Earl before he can bring destruction upon humanity! The anime is set in an alternate 19th century with a big organization called the Black Order to defend humanity against the Noah Family.

For those that loved the bond between the Okumura brothers in Blue Exorcist, Fullmetal Alchemist is a must-watch. Alphonse Elric and Edward Elric, two orphan brothers, grow up with magic and supernatural beings existing alongside humans- though they only teach themselves enough skills to become a brilliant alchemist and part of their city’s military unit. But as time goes on, people start interfering more into their lives—and it becomes clear how much government had hidden from its own citizens.

Check Out: 30 Most Popular Anime of All Time, According to My AnimeList Members

The young souls of the Weapon Meister Academy are raised to be helpful tools for shinigami. These scythes, however, aren’t weapons; they’re actually hybrids humans who can shapeshift intofallen angel weapons after consuming a witch‘s soul and the souls of 99 evil creatures. This anime follows Soul Eater Evans and a motley crew of kids as they fight against some wicked forces while having loads of fun along the way!

Seraph Of The End

In the anime Seraph Of The End, Vampires run the world and raise humans as livestock. Almost all of the adult human population has vanished due to some mysterious virus, and those who remain fight in vampire hunting armies whose only goal is to eliminate every last bloodsucker from planet earth. Seraph of The End revolves around the bonds that Mikaela and Yuuichiro share and how they never let anything get in between them, even if one of them is a deadly vampire.

In a world where gods are real, but not many know about them, and they get their power from humans who give everything for just one God’s favor. Yato is an under-the-radar type of minor deity that performs the everyday tasks most people usually don’t have time to do themselves in exchange for 5 yen per task. He meets Hiyori Iki during his hermit life living on water droplets; things change when she unknowingly becomes involved with celestial creatures like him.

Check Out: 20 Of The Best Anime Sword Fights To Watch

A nun armed with twin pistols teamed up with afallen angel to battle against evil in an alternate dimension. The series Chrono Crusade is about the adventures of Rosette and her partner, Chrono. They are often trying their best to stop demons from entering our world and endangering people’s lives while also fighting through all these crazy supernatural antics that happen along the way. The show presents itself as this funny cop drama at first glance but then becomes much darker when you get deeper into it.

You are not an anime fan if you have never heard of My Hero Academia. This shounen anime about a young man who has the world’s most powerful Quirk is engaging and interesting to any anime lover, but its greatest accomplishment lies with its well-planned characters. The animation of this show may be excellent, but nothing can compare to the action sequences that really make this anime series worth watching!

Shaman King is the intersection of two anime classics, Blue Exorcist and Pokémon. The show centers around a carefree shaman named Yoh Asakura who’s competing in a tournament with other shamans to become Shaman King – the title basically turns you into God. He fights with an ancient samurai spirit possessing him or his Samurai Sword if he wants to compete for this high honor. If you loved spiritual fight scenes from both shows, then I guarantee your hype will be through the roof!

The Devil Is A Part-Timer!

Once the Devil lost his battle against the Hero and had to run away to modern-day Japan. He now works at MgRonald’s as an ordinary human after losing all of his powers on Earth. His days were peaceful for only so long before realizing that not even this world would be safe from both him and the hounding Hero who followed him there in order to take the life of him. The Devil is a Part-timer will make you laugh out loud in any situation.

Check Out: 40 Best Anime for Beginners By Genre & Type Of Anime

Another international favorite anime, Attack on Titan, was dubbed an instant hit in 2014. The show’s story of humans surrounded by cannibalistic creatures called titans became a sensation for how well it translated serious issues like racism and discrimination to the screen with its stunning animation and plot twists.

The particularly dark anime series follows Eren Yeager and the Survey Corp as they fight and defend the walls that keep the rest of humanity safe against the beastly humanoid creatures. But It’s not all cut and dry; as mentioned earlier, this beloved anime has lots of plot twists and be prepared to cry for your favorite anime characters.

Beelzebub is a supernatural anime with humor, and like Blue Exorcist, it’s about the antics of the son of the bad guy: a little baby who masquerades as an adorable, innocent child until he’s ready to strike. The anime protagonist, Tatsumi Oga, becomes Beelzebub IV’s caretaker and, in turn, has trouble keeping up with this cutefallen angel spawn that comes complete with its own maidservant Hildegard. The series takes place at home and school, where we learn how our protagonist deals not only with the bad guy’s son but also his family problems.

The Naruto anime series was one of those gateway anime that introduced so many people to the anime community. This is probably why it’s considered a worldwide favorite and has won countless awards for the way it delivers the plot lines. This anime center around the Hidden Leaf Village, where the titular character takes the chunin exam to become a ninja in hopes to become the greatest Hokage.

The anime has lots of action scenes, character development; world building; drama; romance; betrayal, mysteries, a nine-tailed fox, and anything else you could think of.

Check Out: 12 Of The Best Anime Like Naruto & Naruto: Shippuden

Tokyo Ghoul is a dark and gritty anime, ideal for those fans looking to keep up their daily dose of horror. Created by Sui Ishida in 2011, the story follows Ken Kaneki, who starts off as an average high school student but becomes consumed with ghouls after being turned into one himself. He has no choice but to hide this secret from everyone around him- human or otherwise- because if anyone finds out, he may be took the life of on sight! Tokyo Ghoul made headlines when it premiered not only due to its graphic aggression and scenes of ghouls feasting on human flesh but also because Tokyo Ghoul Season 1 was universally loved by all viewers.

Bleach is a Japanese anime and manga series about the adventures of Ichigo Kurosaki, who discovers his powers as a Soul Reaper to fight against evil spirits known as Hollow. With guidance from Rukia Kuchiki, he fights with on a daily basis before the plot lines go on an even grander scale when they take part in battles that are not just contained within Earth’s realm but also reach up into the afterlife – or so-called “Soul Society”. Bleach can be enjoyed by Blue Exorcist fans looking for more action scenes and smooth storytelling!

Black Clover follows Asta and Yuno, two orphans who, despite their differences, have a deep friendship. Asta is hotheaded but always enthusiastic about his goal of becoming Wizard King, while Yuno is cool-headed and has great magic skills. And Just like Blue Exorcist, this bond between these step siblings lasts throughout the series, following them on their adventures to become king of wizards!

As we wrap up our list of binge-worthy anime like Blue Exorcist, it’s time to hear from you. Did we miss your favorite fallen angel-shonen anime? What are some of your recommendations for people looking for other titles that have the same feel as Blue Exorcist? Leave a comment and let us know what you think!