Home » 9 Must Watch Anime After You Finished Note 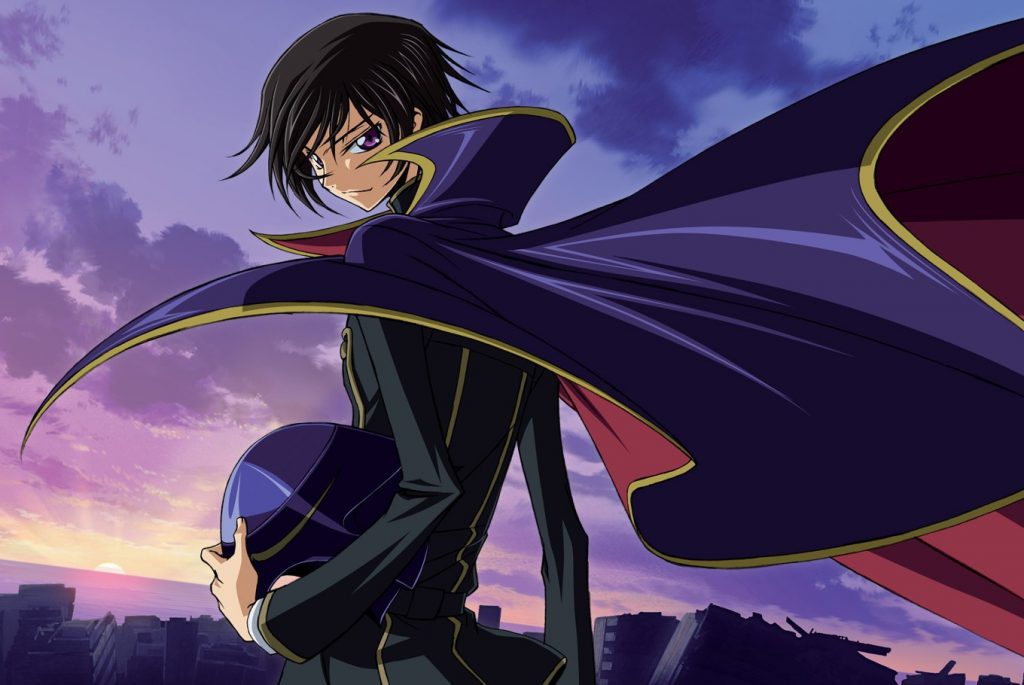 9 Must Watch Anime After You Finished Note

Note is one of the most popular anime series of all time. The series follows Light Yagami, a teenager who finds a supernatural notebook that allows him to take the life of anyone by writing his sufferer’s name. The series also features a cat and mouse game between Light Yagami, also known as Kira and L, the lead investigator.

The series contains various supernatural themes that the series’ main character uses to his advantage, such as the Shinigami (Gods of ). Note is an excellent series for those who love the supernatural and psychological thrillers. However, it has some similar anime series that are just as good.

If you’ve just finished watching the magic that is Note and are searching for an alternative series to fill the void, you’ve come to the right place. We’ve carefully combed through the best titles out there and have come up with a list we feel are the best alternatives to Note.

The anime we’ve listed come in all shapes and sizes and with varying degrees of darkness, so you should find something that matches your tastes.

Code Geass: Lelouch of the Rebellion is a Japanese anime series created by Sunrise, directed by Gorō Taniguchi, and written by Ichirō Ōkouchi, with original character designs manga authors Clamp.

Set in an alternate timeline of the world where Japan has been conquered by the Holy Britannian Empire, the series focuses on the exploits of Lelouch Lamperouge, a Britannian student, who finds a mysterious girl called C.C. who grants him a power known as Geass “Power of Kings”, which makes anyone obey any order.

Code Geass and Note have many things in common. Both are filled with suspense and are engaging stories, but what makes them so similar? Firstly, both Code Geass and Note deal with the life or stakes. The two protagonists of each series are not simply after revenge or a search for justice; they want to change society by eliminating all who stand against them.

The anime Monster is based on the manga of the same name, written by Naoki Urasawa and illustrated by Takashi Nagasaki. The manga was published in the manga magazine Big Comic Spirits from 1994 to 2001.

The story focuses on a young genius neurosurgeon named Dr. Kenzo Tenma. After working hard to get where he is and is a well-respected doctor, One Night, Dr.Tenma decided to save the life of a young boy named Johan Liebert.

Nine years later, when Dr. Tenma saves the life of an offender, his past comes back to haunt him—once again, he comes face to face with the monster he operated on. He must now embark on a quest to make amends for the havoc spread by the one he saved.

Both Monster and Note focus on takers of lives. While they do things for different reasons, their actions often prompt philosophical discussions about good vs. evil, corruption, morals, etc.

The anime is set in modern Tokyo, where a series of mysterious terrorist acts unfold. The city is in a state of panic. The main protagonists of the story, Nine and Twelve, are a group of young teenagers who decide to become terrorists and bring the nation to its knees.

The original Terror In Resonance anime aired in summer 2014 and was directed by Shinichiro Watanabe. The anime is a suspense thriller anime similar to Note.

Note and Terror In Resonance are mind games series where geniuses play psychological games with one another. A police investigation is started in the wake of vigilante acts, with a task force formed, and an extremely intelligent detective appears to duel with his new nemesis/nemeses in the public domain.

From there, it becomes a game of chess and a survival game, with the respective leads leaving clues for the police while also covering their tracks perfectly.

In both series, genius children are ‘ivated’ at orphanages and – I assume – are ranked according to their intelligence. In Terror, the leads even refer to themselves and other children from their orphanage by their numbers rather than names.

In Note, each genius child had a false name starting with a different letter from the alphabet rather than numbers to distinguish themselves.

Mirai Nikki: The Future Diary is an anime based on the manga by Sakae Esuno. The anime is directed by Takahiro Omori. It adapts the original manga, consisting of 26 episodes (generally, there is an episode for each day).

In a world where is inevitable, would you give up your freedom to have the power to decide when you die? That’s the question facing Yukiteru Amano, the main character in Yukiteru Amano.

The story follows Yukiteru Amano, an introverted high school student who came across a “random diary” that shows the future.

In both Note and Mirai Nikki, there are two people with different sets of abilities. Light has the power to take the life of anyone whose name he knows, just by writing their name on the note. Keiichi can’t take the life of anybody, but he can use his future diary to see into the future. Both shows feature a notebook/diary that can tell or predict the future.

In the year 2113, the Sibyl System is set up in Japan. It is a psychological and physiological profiling system that uses “Psycho-Pass,” a measure of the likelihood that individuals will commit offenses, to judge offenders.

A new enforcer named Akane Tsunemori works alongside a veteran enforcer named Shinya Kougami. after working together, she realizes that the Sibyl system may not be as perfect as they say.

This anime is like a mix of the movie Minority Report starring Tom Cruise and Training Day starring Denzel Washington.

Both series have a detective who carries the burden of solving every case. The aspects of justice and punishment are explored through this character to give viewers an insight into how the system functions. In each, the detective faces something different that tests their resolve.

Whether it’s by making them question themselves or putting them in a situation where their own values are tested, each show has its own unique way of forcing its protagonist to grow as they continue their work.

One Outs is an anime based on a manga series of the same name, which was written by Taku Ashibe. The manga series was later adapted into an anime series by Madhouse studio. This anime series aired in Japan between October and December in 2008.

One Outs is not your typical sports anime. Its unique premise of using an almost identical baseball game as the setting for an intricate game of high-stakes gambling was a breath of fresh air to the genre.

While the series is not the best anime in terms of production quality, the series’s compelling story and characters make it well worth watching. It has been dubbed as one of the best sports anime of all time.

What you have to understand about One Outs is that it isn’t a sports anime. Baseball, taken to absurd extremes for entertainment purposes, is just for decoration. What One Outs is a psychological warfare series.

Every pitch becomes a life-or- mental battle. This is because, rather than just winning matches, Toua (the lead of One Outs) bets everything on not giving up even one run. By the end, he has to deal with sabotage from his own team, in addition to the opposing team, due to his Light Yagami-Esque genius resulting in his ‘no outs’ contract bonuses costing his team so much money.

Parade is an anime that follows the journey of two employees of Quindecim. This bar acts as purgatory for the souls of humans who were unable to pass on. These employees are a bartender named Decim and Ginti, a man who carries out Decim’s judgments.

The two interview the souls of humans who arrive at the bar, asking them what they did wrong in life and why they should be allowed to pass on. (If you want to see it for yourself, you can watch it on Netflix.)

Parade is one of the two anime series that concluded in 2015, and it has a very similar vibe to Note. It’s cool, dark, mysterious, and has a lot of plot twists. There are many similarities between the two, but their stories are different. The main characters Light Yagami and Decim, are entirely different personalities.

The only similarity they have is that they are both Gods. Yagami and Decim/Quindecim have no similarities in personality; one’s a genius while the other’s an idiot, one wants to take the life of people for perfection while the other doesn’t care about doing his job correctly or getting rid of evil people.

For those who haven’t watched the anime or read the manga, The Promise Neverland tells the story of Emma, a young orphan. She lives at Grace Field House, a home for children led by the seemingly kind-hearted Lady Mary. Her house is supposedly a home for children with no place to go, but, in reality, she kidnaps the children and sells them to demons who will then consume their flesh.

Just like Note, The Promise Neverland is a psychological thriller that will keep you on the edge of your seat with every episode. Both anime shows feature a genius character, and both shows have excellent character development and storyline.

The anime’s story starts off with Rintaro Okabe, an eccentric college student who dreams of theory and chaos. He is a self-proclaimed mad scientist and a group of like-minded individuals who enjoy discussing their viewpoints on theory theories over drinks.

Steins; Gate features a large amount of scientific theory, including the effects of time travel and the concept of the many-worlds interpretation.

The main ideas of Steins; Gate seem to be the same as what Note is known for.

The core theme of both is about human curiosity and the existence of a world deep in mystery. Note’s plot has a similar concept in how it sets up the main conflict and time travel.

How did Light and L write their future plans at such an early point in time? How did they get all these people to help them? 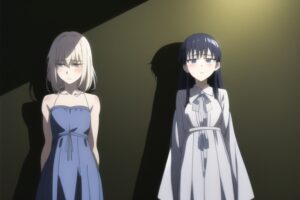 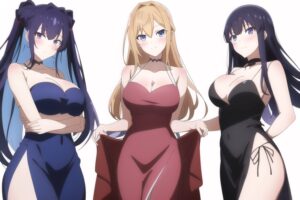 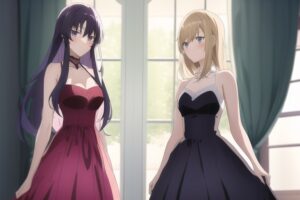