Home » Anime Vs. Manga: Which One Should I Pick? 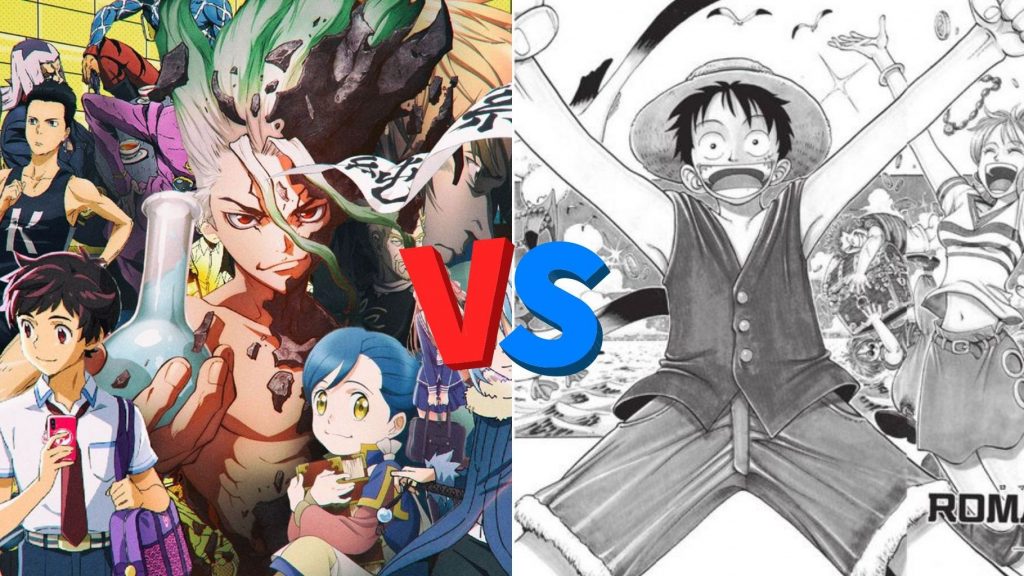 Anime Vs. Manga: Which One Should I Pick?

We get the feeling as much as you do. Can we say we are anime fans through and through or manga?

Should we stick to Anime or Manga? Better yet, should we prioritize animations over comic books?

Here is one truth we have found out: it is no easy decision to let go of anime for manga (and vice versa).

Besides, both anime and manga highlight rich Japanese ure. And letting one go can ruin the chances of enjoying diverse content.

Wait, Should we even let go? Is any of the two concepts better than the other?

In this post, we hope to help you make the best decision for your anime against manga battle. And we will do that by discussing the histories of the two concepts, their differences, and highlighting their pros & cons.

So, shall we begin?

History Of Anime – What You Should Know

If asked when anime started, you might think it’s a recent development. Isn’t it?

Well, it is okay if that’s your thought. Indeed, the animes today look sophisticated with their designs and animation. Even at that, they are not new.

Anime has been around since the early 20th century. For specifics, the first anime dates back to 1917. The animation was a 5-minute chalk illustration by Shimokawa Oten.

Even though anime started early, it had a rough patch. The designs were poor until the 1970s. That was when many animators took inspiration from Walt Disney’s approaches.

And in the 1980s, anime came to light. These times mark the beginning of a lasting presence for the industry and animators.

Beautifully, some of the anime of the 1980s is even still as interesting today. Examples include Dragon Ball, Gundam, and Macross.

Since then, animes have been constant features around the world. So much so they have received several awards.

Some of the early awards for outstanding animes include:

Now, let’s see how manga weighs up regarding history.

History Of Manga – What You Should Know

Undoubtedly, manga predates anime. Besides, most animes are mere adaptations (plus a few edits) of mangas.

So, does that mean manga started in the 17th century? No!

Manga dates back to the 12th century. Then, however, they were merely scrolls. Many people believed those were even the origin of the right-to-left reading pattern.

Till World War II, mangas were relatively unpopular. However, the popularity eventually came post-WWII, and it was mind-blowing.

That time was when Astroboy stirred people’s interest in comic books. Created by Osamu Tezuka, Astroboy reached far and wide and even attracted names such as “father of manga” and “Japanese Walt Disney” to its creator.

Since WWII, mange had undergone various adjustments. Today, the comics cut across several genres such as Seijin, Seinen, Shōnen, Shoujo, and Shoujo-ai.

What Are The Differences Between Anime And Manga?

To make this section easy to comprehend, we shall highlight the differences under categories. That way, you can see which of animes or mangas trumps the other at given instances.

That said, let’s get started.

Anime is a loan word that translates to animation. As such, these kinds of stories are visual.

You will see the elements move and talk. Also, you get to enjoy the color & action and leave nothing to the imagination.

Manga, unlike anime, does not involve a screen. Instead, they are graphical comics – mostly in black and white.

For that reason, mangas are not the best picks for aesthetics. More importantly, the fun you derive depends on how imaginative you can be.

Animes are usually short. The longer forms will have series and short episodes that hardly run for years.

Even the longer anime often stop at season one or two. And the stories, at times, can seem disjointed and filled with fillers.

At some point, you would imagine how certain things happen without explanation. Perhaps the reason for such difference is down to the cost of production and the time.

Manga, on the other hand, has long adaptations and stories. These kinds can run for at least 5years, and the plots are always as engaging as always.

That way, you can rest assured of long-time engagement. Besides, most anime are adaptations of manga.

Check Out: 10 Of The Best Mystery Anime’s You Need To Watch Today

Anime is an overdrive of emotion. You get to hear the characters talk, sing, and cry. You feel the energy and the thrills of their actions.

Take Naruto Shippuden, for example. You get to recite the ninjutsu even when you’re not Japanese. Plus, you can repeat the moves too – and all the comical behavior.

Manga is only a comic book. It has no sound, neither does it gush emotions. All the imaginations depend on you.

How do you think that would be? How would you get all the action, drama, and comedy?

Anime are indeed adaptations of manga. However, producers often make edits to the stories and plots.

If a character seems too much work, animators could decide to take the life of it off soon. On the other hand, producers can add spices of action if a plot feels bland.

Manga does not give room for manipulations. They are already in prints. For that reason, they have the most original content.

Winner: it’s a tie. Anime maneuvers make the plots more interesting. The originality of manga is just as important.

Just as we stated earlier, anime can seem disjointed. It feels almost a lot is happening simultaneously, and you need to rewatch an episode to get the gist.

Funnily enough, you might even go online to read people’s comments before you understand certain scenes. It can be that complex!

Mangas promise comprehensive scenes. More so, they are white and black comic books. And the interpretations are simple English that even a 7th grader will understand the plots.

Anime Vs. Manga: The Pros & Cons

Pros Of Watching The Anime Version

Check Out: Best Martial Arts Anime Of All Time

Cons of Watching The Anime Version

Pros Of Watching The Manga Version

As such, mangas are easy to comprehend.

Cons of Watching The Manga Version

Which Of Anime Or Manga Should You Pick?

There is no easy decision here. Also, understand that the “best” of anything is relative. It all depends on what you desire.

That said, we will give you the best version under a few select categories:

Overall, animes are better picks than mangas. The former is an adaptation of the latter. As such, producers get to fine-tune stories to make them even more beautiful, darker, or action-packed.

Besides, anime let you connect to your characters way better than a manga. With anime, you can see your favorites in action, cry, laugh, and play. Manga can’t offer such details.

Lastly, anime is more much a reflection of reality than a manga. The latter can write and publish stories even when they don’t match up to your “realities.”

In the end, we will advise you to use both anime and manga. Doing so will give you a clear grasp of your favorite plots and twists.

Perhaps you have a different view from ours. Kindly leave a comment!