Undoubtedly, Fate anime is one hell of a confusing series. Funnily enough, the confusion is why it is exciting and has gathered fans globally.

Nevertheless, we understand that sitting to watch a series as confusing as Fate anime can be a daunting task, especially if you’re a newbie. You won’t know where to start and might never bother to watch the series at all.

Good news: anime sites like us watched and rewatched it to give you the order to watch and understand the series, so you don’t have to miss out on Fate anime.

Before we delve into the details, let’s answer the crucial questions about the Fate anime series.

Why Is Fate Anime Confusing?

Well, the reason for that is down to the outplay of this series. Unlike other animes that adopt the story of manga or light novels, the Fate series is an anime adaptation of a video game. The storyline is adaptations by anime studios of routs in the video game, so there is no original story. In visual novels, the character arcs, character development, and alternate story depend on which female character you choose near the start of the game.

For that reason, the plots here don’t follow rigid scripts but alternative routes based on the choices of the action video game character. Each choice gives birth to an alternative route and parallel universes. The first accessible route is the Fate route, and the others are Ultimate Blade Works and Heavens Feel, to name a possible few. This presents an endless potential for alternate universe spin-off and storytelling.

In other words, there are chances that different series exist for specific characters’ moves. In particular, Fate anime has three unique storytelling approaches that branch out even further.

And for each approach and branch of the Fate series, there are different themes and development. That is why this anime can be confusing.

Despite all that, the storytelling and animation in Fate anime are incredible. More so, the series is not as confusing as you think. The plots generally share the same premise as follow:

The Quest For The Holy Grail

According to Legends, the Holy Grail grants wishes. And to obtain such magical power, you must go through the epic battle royale: the “Holy Grail War.”

The said war typically involves the sacrifice of the “7.” Seven magicians, servants, and groups will slay each other in a bloodbath.

The servants comprise an archer, assassin, berserker, caster, lancer, rider, and a saber. Together, they heed their masters’ call.

Another plot twist is that the servants are dead heroes who once fought in the Holy Grail War and fell. Now, they are back again at the beckoning of the conquest.

Full-on battle royale goodness! Sounds fun, eh? So how many of these exciting stories are even there in the Fate/Stay Night?

Check Out: 10 of the Best FATE Anime Series of All Time, According to Fans

How Many Fate Animes Are There To Watch?

Note that the series has been on since 2004. The chances are that there will be new releases. Nevertheless, here are available Fate anime at the moment:

Note: to make it easier for you, we have sorted the anime into categories.

Imagine that long list of delightful Fate anime to watch! Where could you start without missing out on the fun?

What Is The Best Way To Watch Fate Anime?

Spoiler alert: there is no one best way to start!

You can decide to start by chronological order or release order. Whichever way, you will have fun.

For beginners, we will advise you to start with the Fate/Stay Night TV anime series. And even for that, follow the release order. Doing so will make you understand the plot lines even better.

However, to enjoy the thrills of the Fate anime television series at its peak, the best way to watch the anime is the chronological order.

How Can You Watch Fate Anime In The Chronological Order?

To watch Fate Series in chronological order, you should know the sequence. Here is it:

The story of Fate/Stay Night is a bit one-sided as it focuses on only one character: Shirou Emiya. After Shirou’s family died in an odd fire incident, Kiritksugu Emiya saved him and taught him justice and magic. The heroic Kiritksugu would soon die too.

Some years after Kiritksugu’s demise, Shirou got into an encounter between two servants and suffered a life-threatening injury for it. Soon afterward, he summoned his own.

Later, Shirou and his knight servant, Saber, entered into the fifth Holy Grail War. But they will struggle as they both try to find balance among confused identities.

Before now, there had been three violent and blood-filled Holy Grail Wars. But a family (The Einzbern) felt the fourth occurrence would be accommodating.

The Einzbern were desperate to get the wish-granting Holy Grail. So much so, they hired the maligned Kiritksugu to help them. The family even married their beautiful and only daughter (Irisviel) to him.

With such a beautiful lady in sight, Kiritsugu took the contract and decided to enter the all-important fourth holy grail war with his servant. Soon, he will find his sworn enemy: Kirei Kotomine.

Kirei had always hated Kiritsugu. Now, the two will battle in a tightly contested war. The chances of victory look slim. But someone must win. Who eventually won?

Unlimited Blade Works is a continuation of Fate/Stay Night. This time, however, you will get to learn about other characters besides Shirou.

From our understanding, the Unlimited Blade Works explain the fifth Holy Grail War from the point of view of Rin Tohsaka. Like Shirou, Rin is also a mage, and she has a servant: Archer.

Rin already had her servant long before Shirou did. She was already in the contest even before Shirou joined. As soon as Rin sees Shirou, they both form a temporary alliance because they are classmates and have common enemies.

After the Unlimited Blade Works, Fate/Stay Night continued explaining the details of the fifth Holy Grail War in the anime movie adaptation and the best-looking anime in the franchise: The Heaven’s Feel film trilogy.

The first part of the movie trilogy (presage flower) delves more into the life of Shirou. It turned out while in alliance with Rin, Shirou had feelings for Sakura Matou. The intimacy would then help Shirou understand the nature of the war and the families involved even better.

The second part of the trilogy of films (lost butterfly) still centers around Shirou, Rin, and Sakura. This time, a new character joined, and that was Sakura’s brother: Shinji Matou.

You would have thought that Shinji would ally with Shirou. But he didn’t. Instead, Shinji threatened Shirou through the abusive relationship he has with his sister Sakura.

The rest of the series will unravel more ugly secrets about Sakura and Shinji even as Shirou tries to save the former. Despite all the distractions, the Holy Grail War continues to pile death and destruction on its contestants.The final trilogy (spring song) will introduce a new character Illyasviel Von Einzbern. And the war will continue to unravel many secrets that left Shirou questioning his ideals.

After the fifth Holy Grail War, the human race faces another likely extinction. To investigate the cause, a private security group (Chaldea) entered the frail.

Chaldea’s group discovered that the threat came because of the events of the fifth Holy Grail War. Now, they must travel back in time to save humanity. With the help of Ritsuka Fujimaru and Mash Kyrielight, maybe humans can hope.

This time travel move, as any anime fan knows, would give justification for another alternate universe anime for the franchise.

Check Out: 50 Of The Most Attractive Anime Girls Of All Time

The story here predates Fate/Zero and Kiritksugu. Fate/Apocrypha explains the events that happened after the inconclusive third Holy Grail War. It is an exciting piece of history that explains the nature of the feuding families, mages, and their servants.

Post the Chaldea’s group era, yet another Holy Grail War threatens to take hold. This time, the scene is different – a school (Tsukimihara Academy) seems like the likely location.

In all the chaos, all hope rests on Hakuno Kishinami and his Saber to save humanity. Hopefully, he will!

And finally, watch the rest of it in any order to fill in the remaining gaps. The use of alternate routes and changes in perspective in this huge labyrinth of Fate series may give you a Fate/ Stay Night character doing something in the spin-off series that you don’t remember them doing in the first series you watched. But it is of no consequence after getting a grasp of how the world of Fate anime adaptation. Just keep an open mind as Fate keeps the possibility of new potential alternate universe entries that any anime studio would be glad to come up with their own anime television series or anime film adaptation.

Now the anime renditions of the Fate Series are not confusing anymore. Or is it? We hope this piece has been helpful! 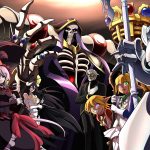 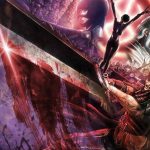