Home » 22 Of The Best Anime Duos Of All Time 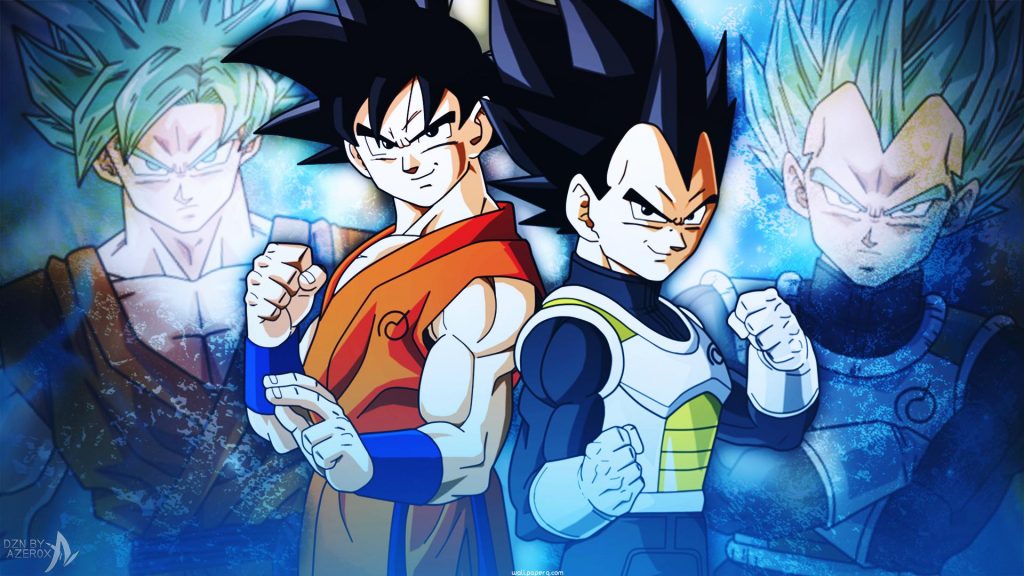 22 Of The Best Anime Duos Of All Time

The best thing about anime is that it always comes with a great story. And the best part of any good story is the characters. And most of these anime characters are almost always paired up. There is always at least one pair of characters in every anime series that work so well together that it is impossible not to think of the two of them as one. There is an unbreakable bond between those two characters despite being part of a larger group and having a unique relationship.

Some pairings just seem to work. Whether it’s between best friends, siblings or even enemies, these duos in anime have something special that makes them good for each other and fun to watch on screen together.

In the popular anime series One Punch Man, Saitama is the main character, and Genos is his disciple. As an S-class hero, Genos is known as thefallen angel Cyborg. From his cyborg physiology, Genos possesses incredible speed, strength, and endurance. As far as beings go, Saitama is the most powerful. One punch is all he needs to end a fight. Since he is so powerful, he no longer enjoys the thrill of battle.

Check Out: 10 Must Watch Anime Like One Punch Man

The ability for red blood cells to function is not possible without white blood cells. Cells at Work shows a much greater relationship between the two. Erythrocytes (Sekkekky) and neutrophils (Hakkekky) form a bond that goes beyond normal bodily functions. It was a long time before the two met that their relationship began. Hakkekky rescued Sekkekky from a bacterium when she was a young girl. This was probably why she was able to find him on her first day at work: They already had a strong bond.

The Maka & Soul duo might appear hard to understand. It has something to do with the fact that one isn’t a powerful girl, while the other is a powerful scythe. But they work well together.

There’s little romantic tension between them, for the most part. There’s no Ross and Rachel vibe here. Their objective is to combat evil forces. Some situations might take them a while to understand each other. They eventually realize what the other wants and make it happen.

They are two of the five members that make up Lion Force. Yet, it wouldn’t seem like it to know them individually. Pidge is immensely intelligent and capable of pushing Voltron to an entirely new level. Hunk enjoys eating. Quite a bit. I think they make a good comedic couple, regardless of the Voltron version. Occasionally, their antics get them into trouble. It’s okay, because they stick together when adversity strikes.

The two have complicated histories, and no one would have predicted they would become the most powerful duo in anime, considering that they have each other’s backs no matter what. Despite their hate-love relationship and rivalry, they were motivated to work hard despite wanting to beat each other.

Sora & Shiro (No Game No Life)

Sora and Shiro are a well-oiled machine that cannot function without one another. When you separate them, they may explode with rage or anxiety. They have the ability to take over an entire country in just weeks if they work together as a team—which is exactly what happens throughout much of No Game No Life (NGNL). Thanks to their intelligence and skillsets, Sora & Shiro can always count on each other when facing any problem at all.

Check Out: 19 Anime Like No Game No Life You Need To Watch Today

The brothers Elric had a rough start to their adventure. They were left by their father without a word. After that, their motherlost life. They then tried to bring her back, but their attempts failed, leaving Edward with no arms or legs and Alphonse’s soul stuck to a suit of armour. While they were fighting, neither brother blamed the other (despite Ed’s worry).

As time and time again, their journey towards finding the Philosopher’s Stone shows that they are always going to be there for each other, no matter what life circumstances they face, and no matter how rigorous the training, they tend to strengthen their bond. Several times, it’s stated that Ed is not hunting for the Philosopher’s Stone for himself but as a gift from his brother. Ed has experience in performing Alchemy without using Transmutation Circles, but Al lacks that skill. In spite of this, the younger Elric brother is better at hand-to-hand combat.

Check Out: 30 Most Popular Anime of All Time, According to My AnimeList Members

Their friendship is strong and can make fans wish they had someone like them. The two characters proved that no matter what happened, they would care and be for each other, even if they came from two different worlds and had two different personalities. Most of the change is seen on Killua’s part, but Gon’s strong, innocent, and bubbly personality can’t be ignored as a reason for Kilua’s improvement.

Check Out: 10 Anime You Need To Watch After Hunter x Hunter

Kakashi may be a badass in his own right, but whenever he is with Guy, we are overwhelmed by an S-Class bromance. Kakashi and Guy make for the perfect combo of badasses and goofballs.

Check Out: 12 Of The Best Anime Like Naruto & Naruto: Shippuden

Kageyama and Hinata are another pair of mortal enemies turned best friends. Despite not liking each other from the start, it was evident that, with their skills, they would make a formidable team. They were a great team because of their love for volleyball (and their stubborn nature). Their friendship developed throughout the series, and they ended up becoming best friends.

Check Out: 11 Of The Best Sports Anime Like Haikyuu

As the series progressed, viewers realized that characters like Mustang and Hawkeye had a lot in common, despite their distinct personalities. Their strength and ferocity are unparalleled. When they work together, they’ll be invincible. The two had strong personalities, which might have been a hindrance to their communication, but they found ways to approach each other because they had a strong bond.

Kagome and Inuyasha are great characters on their own, but they discover new challenges in each other. Their intense relationship helps them grow as individuals while also expanding the scope of what’s possible for them to experience together.

Check Out: 9 Of The Best Anime InuYasha

Happy does not remember being tasked with taking the life of the Dragon Slayers with the Exceeds. That led to a great friendship between him and Natsu. Growing up, they were inseparable. Neither of them would leave the other’s side because if they did, one of them would end up in trouble.

They don’t even necessarily know each other. These are just strangers who are caught in the same situation, but seeing them battle it out back to back is very satisfying. Mugen’s raw talent makes him look more like an artist than a swordsman, and Jin has an impressive grasp of blades. The two might not be best friends, but they still support each other when fighting epic battles throughout Samurai Champloo.

Simon and Kamina’s friendship is genuine. They don’t let things go unsaid, especially when it comes to Kamina, who pushes Simon beyond his limits with his charisma. When they are on the battlefield together, you can see that they are meant for each other because of their incredible power that propels both characters forward into greatness!

Isaac and Miria are a strange mix of main and supporting characters who lack common sense. Aside from getting the most screentime of all the characters, they tend to keep the plot moving forward. Typically, they are best known for helping other characters, most of whom are more suited to the hero role.

It is Isaac and Miria’s character that bounces off each other that makes their relationship so special. Over the course of the entire show, the partners in offense are never serious for more than two minutes. Their subject line changes completely each time you believe they’re going to say something thoughtful or epic.

Boku no Hero Academia has one of the most epic rivalries, with Izuku and Todoroki constantly trying to prove themselves. They have a peculiar relationship where they unknowingly push each other to do better.

The two first meet and greet one another by gleefully screaming and punching each other to the point where they destroy an entire castle! This display of affection is beautiful to watch from the start–their anime bromance has been a strong point throughout this anime series.

Check Out: 13 Must Watch Anime Like Seven Deadly Sins

Twelve and Nine (Terror in Resonance)

A hazardous duo is on a quest to convey a message to the world by detonating things that go boom in various buildings throughout the world. We get the feeling that they are two halves of a bright mind, and watching both at work is nothing short of spectacular.

The straight-laced police officer tries to do things by the book but also wants to believe in people. The hunter is like a hunting machine, always capable of getting results even without rules or procedures. You’ll binge-watch this entire series in one sitting because it never stops! This type of duo might seem cliché; however, trust me when I say that they’re done so perfectly, you’ll love them right away.

Here is an example of a good partnership between a couple. Although they were not a couple at the beginning of their relationship, their foundation was built on their competence and abilities. Additionally, fans may notice that they have different approaches to the game, but if fans looked deeper, their methods actually compliment each other. Kirito and Asuna work well together, as Kirito understands the game more deeply and Asuna is determined to complete it.

The twins are just too cute. At first glance, Rem and Ram seem like they could be the ideal waifu with their twin maid outfits, but if you look closely enough, there’s a lot more to them than that! From desire to tsundere tendencies, these girls have it all!

Well, that’s it for this list! We hope you found your favorite anime duo. If we missed one of yours, let us know in the comments below, and we will be sure to add them to our next update. Until then, keep an eye out for more amazing duos in the near future!