Home » 20 Of The Best Anime Traps That Will Confuse You 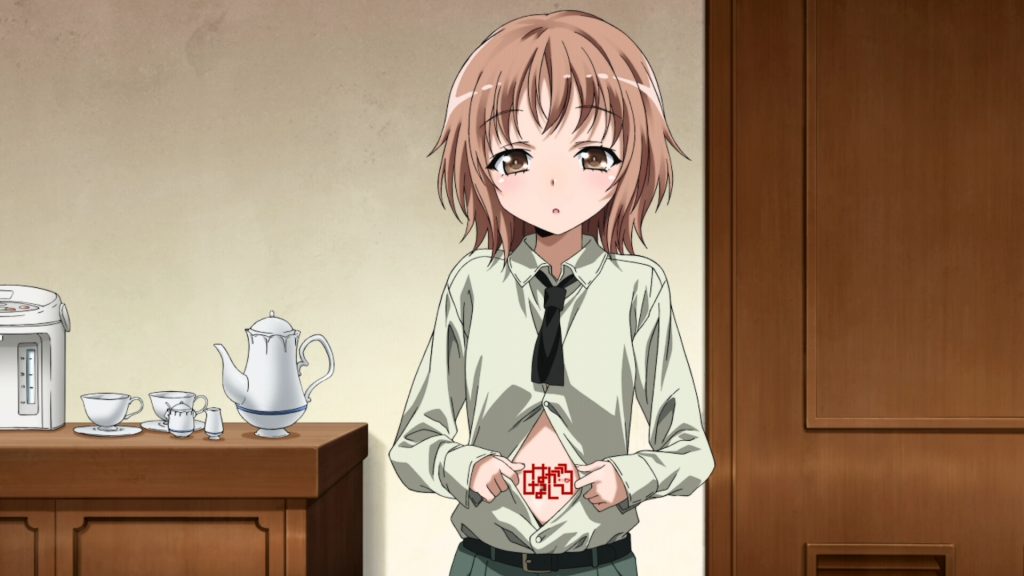 Alright, anime fans! We’re talking about anime trap characters now. A trap refers to someone from either gender that convincingly dresses as the opposite gender for those who are not aware. Traps traditionally refer to boys dressed up as girls. In contrast, reverse traps are female characters wearing clothes of the opposite gender to fool others into believing they’re actually members of another gender or gender orientation. Anime and anime fans, in general, are often surprisingly trans-forward. There are many anime series embracing their own character’s trappings (people wanting other genders).

There may be many anime characters on screen that are cross-dressing. Still, not many exaggerate this trait for comedic purposes since “traps” have been accepted within modern-day Japan without prejudice against them.

When it comes to comedic timing, though, never underestimate the power of an excellent old-fashioned trap. And with all that attention they give to their appearance and all that effort not to get caught: we owe these anime trap characters a lot of love!

here’s our list of the 20 best traps in anime:

Mako-chan is probably the best use of a trap character. After all, what better way to get closer to the girl that you like than to crossdress as a girl and befriend her? Right? But when she sees you like a girl, your romance isn’t ever going anywhere, so it’s kinda funny if it wasn’t so tragic!

Saika’s feminine outer appearance belies his masculinity, and he worries that others will mistake him for a girl. Luckily, Saika looks like an average guy as well, so people don’t always know what to think of him right away.

Perhaps not a true trap, but you’d get trapped nonetheless.

Hime’s parents took out a large loan under his name, and now he is responsible for paying it by working himself to exhaustion. Student council president Sakura’s offer of paying off all remaining debts in exchange for him dressing up as a girl and serving them until graduation was his only chance to repay the debt. As time went on, Hime had become quite attached to being dressed like an adorable woman with impeccable manners―something no one would expect from their tomboy classmate!

Slice of life series are rife with anime traps, but they can be rare in the shounen anime. For many anime fans, though, Haku was their first introduction to it, and his soft features and feminine vibe made him seem like a girl at times. However, the orphan is actually a young boy- so don’t let that beautiful black hair fool you!

Check Out: 50 Of The Best Opening Songs In Anime That You Need To Add To Your Playlist

Kuranosuke is a fashion designer with pink hair who cross-dresses and wants to gain the approval of his family and be recognized for what he loves. But after an incident with Tsukimi, Kuranosuke realizes that she makes him feel something special in ways that others don’t, so instead of chasing love from pretty girls like before, he sets out on a journey to find himself all over again.

With three older sisters, Souta has been constantly tormented by them and received a number of girl hand-me-downs due to his age. After working at Wagnaria, he occasionally cross-dresses when Inami’s father comes to visit her. With his youthful face, the trap is set.

With a sporty haircut and soft features, it would have been hard for first-time Danganronpa fans to guess Fujisaki was, in fact, male. But don’t be fooled by his girly outfit: he is an obsessive computer genius who can hack anything!

With his feminine features, Aoi can easily cross-dress as a girl. Moreover, he loves cute things, making it easier for him to love crossdressing even more than he already does!

His female persona has blonde hair and appears to be a beautiful girl, and is very popular on the internet. But don’t get too close because when you start seeing through some of these layers (though not all), our trap character is also a tsundere.

Even though Hideyoshi has great feminine beauty, he is one of the more normal members of Class F. Often mistaken for a girl, even girls forget that his true gender is actually a boy – except Akihgisa, who can always recognize him as being a fine young man. But there are also rumors saying that he’s actually of the third gender known only as “Hideyoshi.”

Haruhi is a reverse trap, although she doesn’t really see herself as one. Upon entering high school, an incident with a child and some gum forced her to cut her brown hair short, and she chose to wear a male uniform because it helps her focus on her studies.

A run-in with the male Host Club at school forces her to join the club. It takes some time for some members to realize her true gender, but they continue to present her as a boy to pay her debt.

This programmer’s soft features generally make him look quite feminine, but when by himself, he dresses as a boy. However, when he goes out of the house, he crosses-dresses in blond hair with bangs and punk rock clothes typically worn by women to create his fierce persona as one of the most badass programmers around!

There are many moments in Kino’s Journey when you may have forgotten the main character‘s true gender.

This female character dresses like a boy with her short hair and trousers! A reverse trap, no doubt! But it is easier to pass through some territories safely when cross-dressing as a male. Better than being robbed or suffering something worse.

Nothing wrong with a good old-fashioned tomboy, and Hotaru is the perfect reverse trap character. So when she joins the Toy weapon Club, it’s an opportunity for all of her natural strengths to shine through.

This is a confusing one since it is never addressed. However, Kaoru’s soft features with fluffy blonde hair make her seem like the lovely woman she truly is despite having a manly voice and height.

Yukimura is the most frustrating trap in anime history. In the first season, Yukimura insists that he is a boy who cross-dresses as a very cute girl. However, it’s later revealed that she was actually a girl and her parents made her believe she was a boy from a very young age. They tried to create a reverse trap but failed!

Jun is a true transgendered character who had her gender identity determined by biology. Yet, she wants to be female beyond just cross-dressing in women’s clothes despite all of that. People accept her as one too but unfortunately for Jun, things get complicated when the man she falls for knows about what’s underneath the skirt.

Yuu is a true prince at heart. The very definition of “reverse trap.” She’s tough and clever, with her short haircut to accentuate the masculinity she exudes through both dress style and wit.

The whole plot of Maria Holic is about falling in love with a trap. It follows the story of a girl who breaks out in hives whenever she’s around boys, but she wants to fall in love nonetheless. She falls for Mariya-who at first glance might seem like any other boyish blonde girl – but he’s actually a male cross-dressing as an attractive female. Can their romance work?

Steins; Gate is an anime series full of surprises, such as the presence of a trap character.

Rintarou almost falls for Ruka with her feminine appearance and soft features. Ruka’s storyline makes so much sense when you think about it, though: he dresses and identifies himself as female—so why wouldn’t his fondest dream be to become one? Growing up in an era where cross-dressing was frowned upon (despite being very common), Rintarou takes advantage of time travel through text messages with all that knowledge at their disposal. So they tell their mother from before birth what she should eat more for greater chances of her baby being born female. It works brilliantly and flawlessly–until things get undone by unforeseen events later on.

Check Out: 20 Of The Best Thriller Anime That Will Keep You On The Edge Of Your Seat

As the most infamous and legendary trap in anime, Pico is a necessary inclusion. Still, Boku no Pico is definitely not an anime you should be caught watching. Unless you’re into that sorta thing!

Rimuru Tempest – That Time I got Reincarnated as a Slime

This may not count as a trap or reverse trap since this slime is one of a few anime characters with no GENDER! But he’s originally male that was reincarnated as a genderless slime that copied his human form from a female character.

Neferpitou is the cat-humanoid Chimera Ant and firstborn of three Royal Guards. The anime never explicitly mentions Pitou’s true gender, but confusion earns Pitou a spot in the honorable mentions.

Here we are, anime fans, at the end of this post. Have you fallen for any traps or reverse traps along the way! Let us know your favorite, and let’s chat about it in the comments below. If there was a trap or reverse trap that we didn’t mention or unintentionally missed, please, comment and share it with us. Enjoy!