Perhaps this is your first time hearing about Slice Of Life Anime. And you wonder, what does this genre entail? Is it different from other anime types? How about history? In short, what is Slice of Life Anime?

Fortunately, you are in the right place. This piece aims to provide answers to all your inquiries in the most comprehensive manner. So, let’s get to it already!

What Is Slice Of Life Anime?

Let’s face it: as anime fans, we often get tired of all the battles and fast-paced adventures. Today, it is the chakra and some beautiful magic-laced tattoos. Tomorrow, it could be a gang of arrogant highschoolers terrorizing their schools. Don’t you want a change for once?

Wait! We are not saying the action series is dull. Undoubtedly, they are fun and engaging. But, they can be energy-draining.

What if what you want after a long day at work is a relatable slow-paced series? What if you want something that unfolds slowly like life itself?

Typical anime can’t offer you “slow.” At least none can until the Slice Of Life genre. And as the name implies, this unique collection centers on relatable life experiences.

While you can expect science fiction, comedy, magic, and romance, Slice Of Life anime remains relatively slow-pace. This genre fits low-level brain activity, and that itself can help you relax.

In summary, Slice Of Life anime is a slow-paced genre that focuses on a fraction of its character’s life. In other words, you follow your favorite leads as they navigate almost the same life hurdles that you face.

Check Out: What Is Harem Anime: What You Need To Know About This Anime Genre

History Of Slice Of Life Anime

Since the start of Slice of Life anime, nothing much has changed. The basics remain the same – circling the life of the characters. About that, the plots are natural and feature the least of anime’s complexity. For once, you can rest without the complexes of plotting and conflict development.

Despite the popularity of the Slice of Life genre today, it used to have a few following among the anime fandom at the onset. When the genre started in the early 18th to mid 19th, it was dull and uninspiring. Worse, the series was almost the bane that threatened to end the adaptation of mangas and their stories. How so?

For a start, the term “slice of life” is a negative slang reviewers use when describing baseless pieces of literature. Another reason for the slow start of the Slice of Life genre is the lack of creativity of its early writers.  And because of the lack of action, fans could hardly follow the series.

Fast forward to today, and the outlook on Slice Of Life has changed. The writers are better than they were. As such, even when the characters haven’t spoken, you can tell at a glance what they represent.

More importantly, the genre now combines other backgrounds beyond the typical romance and high school stereotypes. In other words, the undefined plots no longer serve as a bane but as a way to relax and watch with keen interest how the events will unfold.

We understand that you might yet wonder why people love this laid-back genre. More so, nothing much has changed for Slice Of Life anime. So, why the sudden increase in following and viewers?

Why Is Slice Of Life Anime So Popular?

For starters, a break from deviation always stirs attention. That is the first clue why Slice Of Life anime has taken us all like a storm.

Imagine the typical anime you love! All that plot and violence! Plus, there is hardly time to process anytime; the events all happen simultaneously, leaving you no choice but to rewatch a scene.

Well, Slice Of Life anime changed the scene for most anime lovers. It follows real-life scenarios. Even when the characters are not talking, their faces, alarm clocks, and rooms speak volumes.

As such, for the first time, what unfolds on your screen beneath the cute anime faces and chiseled body is your reality. Beautifully, the events don’t even task your brain. You can watch Slice Of Life anime regardless of being drowsy or all active.

Lastly, and most importantly, Slice Of Life anime has open endings. Just like life itself, there is no predictability. Indeed, you can make guesses, but nothing is certain. You only follow the characters as their story unfolds even before their own eyes. And we can tell you that there is nothing as addictive as that.

Understandably, you might not know where to start if this is your first time hearing about Slice Of Life’s name. And if this is not your first, you might want to spice up your collections. Either way, we have a list for you; check it out below:

5 Most Popular Slice Of Life Anime That You Will Love

According to Hachiman, youthful joy is all a big scam. To him, his classmates paint a picture of happiness while beneath the charade they hurt.

So in Hachiman’s efforts to shy away from all the superficial happiness, he decided to keep to himself. And he was successful in his decisions until his class teacher thrust him into a Volunteer Service Club.

Bottom line: the story here is that people can change if you, at least, guide them on the right path.

Shigatsu Was Kimi No Uso

The name Shigatsu Was Kimi No Uso translates to Your Lie In April. Unlike the other anime in our collection, this series has a great deal of drama. Plus, there is music too.

Furthermore, you can expect a bit of comedy and romance. However, those highlights are towards the middle and end of the series.

The story follows a music prodigy, Kosei Arima. Kosei’s brilliance shone through until the death of his mother. At that point, he suffered a dip. So much so, he lost touch with music and couldn’t even listen to his tunes.

Subsequently, Kosei would suffer through a series of heartbreaks until he met another music lover: Kaori. Kaori, an energetic girl, helped Kosei reignite his music spark.

Barakamon, like Your Lie In April, puts art at its core. Unlike the latter, the focus here is on calligraphy. But beyond the “art,” Barakamon takes viewers through a journey of self-reflection. That’s why it makes our list.

If you ever wondered what you could have done better had you listened and been introspective, you will love Barakamon. The story here revolves around a narcissistic but talented calligrapher: Seishuu Handa.

Undoubtedly, Seishuu knows his craft, but he yet has room to grow. He wouldn’t believe that if you told him. Another Veteran did, and that made Seishuu lose his cool.

The Veteran called Seishuu’s award-winning piece unauthentic, and it sparked the latter’s ire. Seeing the reaction, Seishuu’s dad sent Seishuu away from the comfort in Tokyo to Goto Islands. He did so in the hope of teaching his son tolerance.

On getting to the Island, Seishuu eventually learned tolerance and self-reflection. He even did better by improving his art skills – thanks to the natural environment.

Check Out: 20 Of The Best Underrated Anime You Need To Watch Today

If you seek a Slice Of Life series brimming with comedy and romance, try Toradora. Everything from the start till the finish about this anime is funny. In particular, the stories center on people who could be all tough superficially but are as soft as butter.

About the story, the main characters of Toradora are Ryuuji and Taiga. The former had a strong face confused for a violent personality. In contrast, Ryuuji is an easy-going, kind guy that prefers chores over outings. Taiga, on the other hand, looks tiny-cute and fragile. Whereas beneath the surface, she is feisty.

Ryuuji and Taiga would later meet embarrassingly. Regardless, they both got to like and understand each other. In the process, they both revealed their love interest.

From there, both characters decided to help each other get their respective love interest. The events afterward were so much fun but realistic.

Check Out: 10 Must Watch Anime If You Like Toradora

The Japanese word translates to The Flower We Saw That Day. And the series is a tear-jerker. So, prepare yourself!

This Slice Of Life anime attempts to navigate the hurdles of loss and suppressed feelings. The story itself started when a group of friends disbanded following the death of one of the band.

The death of Menma riled his friends so much that they all went their separate ways. The main character, Jinta, became all reclusive and started skipping classes.

In all that hurt, Jinta saw his dead friend in a trance calling for help. Menma wanted his friends to help make a wish come true. So, Jinta reunited with his old band for Menma’s sake. And the story takes a sharp bend from there.

Slice Of Life anime could be that break you seek from all the metallic scenes you find exhausting. The stories are slow-paced and relatable. That in itself can help you relax your nerves and go into self-reflection mode. Either way, rest assured that this genre promises a new angle to anime. And it is worth your time.

But what If you don’t know which Slice Of Life anime to watch? Try any of the series on our list and have fun! 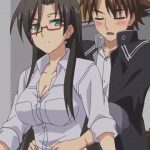 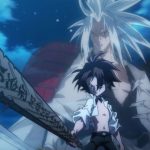