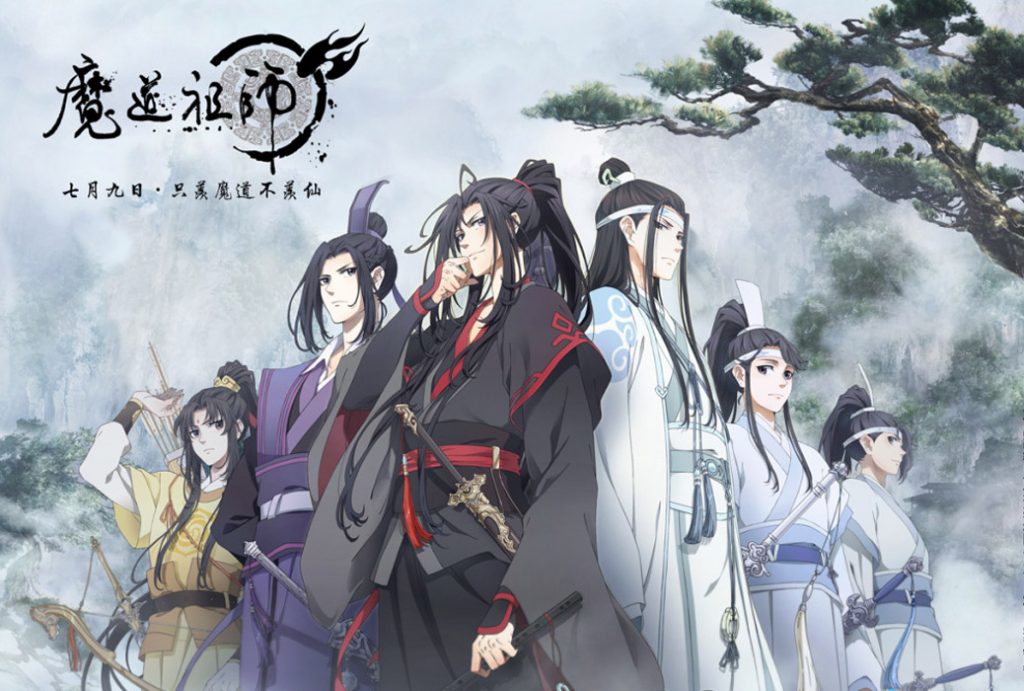 By the 1980s, anime was revived in China due to the growing popularity of Japanese anime. Nowadays, there are many popular Chinese anime, and we have put together a list of the best Chinese anime that you need to watch today.

Nineteen-year-old exorcist Hua Jiu got to know ‘evil spirit’ Seven Lord, then forced him to be her spirit servant while cleansing spirits.

On the other hand, Hua Jiu’s enemy has begun his insidious revenge at the same time as the human being, and the spirit went on their adventure and tried to cleanse the spirits.

It has a simple but well-thought-out plot. The animation feels cheap and more like a hand-drawnhand-drawn style, but everything runs smoothly. There’sre no animation glitches or deformed faces like in some anime shows in Japan.

Like many romances, the story is very generic. Most are either about a loner or an average stud who does something and meets some attractive girls.

In this case, I’m talking about the “average student.”

This show has a really fast pace and has a lot of funny moments. It had me laughing out loud a lot of the time. The show does a great job of allowing the audience to understand the story despite each episode being about 15 minutes long.

When Freshman Zhou Xiaoan put on an unknown ring, a terrifying devil jumped out, and his life was forever changed.

Many mysterious things are slowly revealed – a Blood Devil calling himself King Zhou of Shang, a race of heart-eating zombies; dubious Taoist Priests who fight them; supernatural creatures who can blend into human society.

True love isn’t just for humans—it’s for near-immortal youkai too.

Fox spirit youkai have discovered a solution that lets a human be reincarnated and, hopefully, recollect memories of their past lives with their beloved youkai.

In the modern ivation world, everyone has to live by the law of the jungle. They all feel insecure. After saving a ivator girl, the security guard Ma Yingxiong finds out about ivating.

Spiritpact is an excellent anime with a more in-depth story than you’d expect of 20 short episodes. It engages with the viewer straight from episode 1 with a good mixture of character development and action, art, BGM, and a little of everything else.

While the story didn’t explain everything (maybe the manga will), this didn’t ruin the experience of watching Spiritpact since it didn’t leave me questioning plot-holes or scratching my head or vaguely wondering what it was trying to convey.

Although the plot is relatively generic, the delivery is excellent. It knows its place as to how powerful a character is and how much enemies can get away with.

In the world of the story world, nothing breaks the laws except for the MC’s superpowers explained before the MC gets them.

The Legend and the Hero

A great deal of the artwork in Feng Shen Ji or The Legend and the Hero is done in excellent color. The battle scenes, in particular, aretook the life of well and are a treat to read.

Despite this, it takes a couple of chapters for the main character to really come into his own, becoming a more composed, worldly individual. Unlike the standard manga, he matures steadily throughout the series instead of the jumps and dips commonly seen.

In comparison to the ordinary manga, its plot takes time to develop. It doesn’t have a lot of humorous scenes or quick gags. It is very aggressive but does not contain much of the crass content you might find in the post-adolescent manga.

Nie Li wanted to protect his home, so he became afallen angel Spiritist and stood at Martial arts’ peak. Unfortunately, he lost his life during a battle with a Sage Emperor and six deity-ranked beasts.

After a while, his soul was brought back to his childhood. He decided to train faster than anyone could ever imagine. He also decided to help those wholost life nobly in his previous life train faster too.

He hopes to prevent the city from being devastated by creatures of evil in the future, just as it has been in the past, and from being destroyed.

His life changes as he grows up, but what really changes it is an unknown meteoric crystal stone – the Meteoric Tear.

The young man appears to undergo a drastic transformation due to this stone fusing with his body, and he does not even notice the transformation. After that, everything is changed.

A person’s father will eventually discover that the son hasn’t really shown much respect for his astonishing abilities.

A young Lin Dong saw his talented father squashed and disabled by Lin Langtian’s genius as a child, growing up in a banished family of the Great Lin Clan.

In the wake of a devastated father, a brokenhearted grandfather, and a family in turmoil, Lin Dong has been driven by a deeply-rooted purpose; to get even with the man who had stolen everything from his family.

Standing alone with nothing but determination and willpower, Lin Dong stumbles upon a stone talisman that is far more powerful than he realized…

In a world where magic has replaced science’s essence, the disaffected high schooler Mo Fan finds himself in a universe comparable to but different from his own.

In this school, the most capable students are taught to master the magic of spell working to protect themselves from the attacks of beasts that lurk in the forests surrounding the city.

Despite his disadvantaged status, Mo Fan still hopes to attend a magic school in his dream of becoming a great magician, thereby repaying his father for all he has done for him.

Mo Fan is accepted into a prestigious magic school. However, rumors spread about his poverty and lack of magic power, labeling him as the school’s laughing stock.

The versatile mage has now mastered not only the powerful fire element but also a rare lightning element! What dangerous battles will he encounter with dual abilities?

The Daily Life Of The Immortal King

The near-invincible Wang Ling is a genius who has achieved a new realm every two years since he was a year old.

At sixteen, he faces his greatest challenge yet – Senior High School. As one problem after another emerges, he feels increasing far from a straightforward high school life…

Battle Through The Heavens

An enchanted land without magic. A land of mysterious treasures and beauty, yet also filled with unforeseen danger. A land where the extremely powerful rule, therefore everyone else must obey.

Over three years, Xiao Yan lost everything he had gained. His powers, his reputation, and his promises to his mother. What was its cause? And why did his fiance suddenly show up?

Immortality is the ultimate goal of all ivators, but a darker energy lies beneath—the Mo Dao, or demonic path.

Wei Wuxian experiments with this path during his teachings, and his rise to power comes with chaos and destruction. Still, it won’t last long as the ivation clans overthrow him and his most loyal ally takes the life of him.

A mentally unwell person reincarnates thirteen years after Wei Wuxian, trapping him in the body of a former classmate, Lan Wangji. This marks the beginning of a supernatural mystery that disrupts the clans’ daily lives.

Despite the daunting obstacle of battling demons, ghosts, and even other ivators, the two men end up forging a bond that neither one of them had ever imagined.

Ye Xiu is regarded as one of the game’s pioneers and top-tier professional players, as well as the “Battle God,” for his ability to play the game prodigiously for many years.

As a result of his forced retirement from the team and a lack of time for gaming, he finds work at a nearby internet café. After Glory launches its tenth server, he returns to the game once more as Lord Grim.

Many large guilds and many new players are intrigued by Ye Xiu’s early achievements, leaving them wondering who this exceptional player might be.

But even though he has ten years of experience, starting over with neither sponsors nor a team in a game evolving for years presents significant challenges.

As he traverses the path towards Glory’s summit, Ye Xiu again accepts help from a new crew of talented comrades.

As one of the most prestigious disciples of the Tang Sect martial art clan, Tang San excels in using hidden weapons.

As the sect’s elders foresee a bright future for Tang, he chooses to forsake this life at the price of receiving the sect’s forbidden knowledge—an action that carries penalties.

With his newfound knowledge, Tang now hardly sees a reason to live and jumps from the nether region’s Peak with no idea that his untimely was not the end.

In his reincarnation into this strange world, Tang knows only a blacksmith’s son’s life. At the age of six, Tang becomes part of the Spirit Master ceremony and discovers he is Blue Silver Grass—supposedly the world’s most useless spirit.