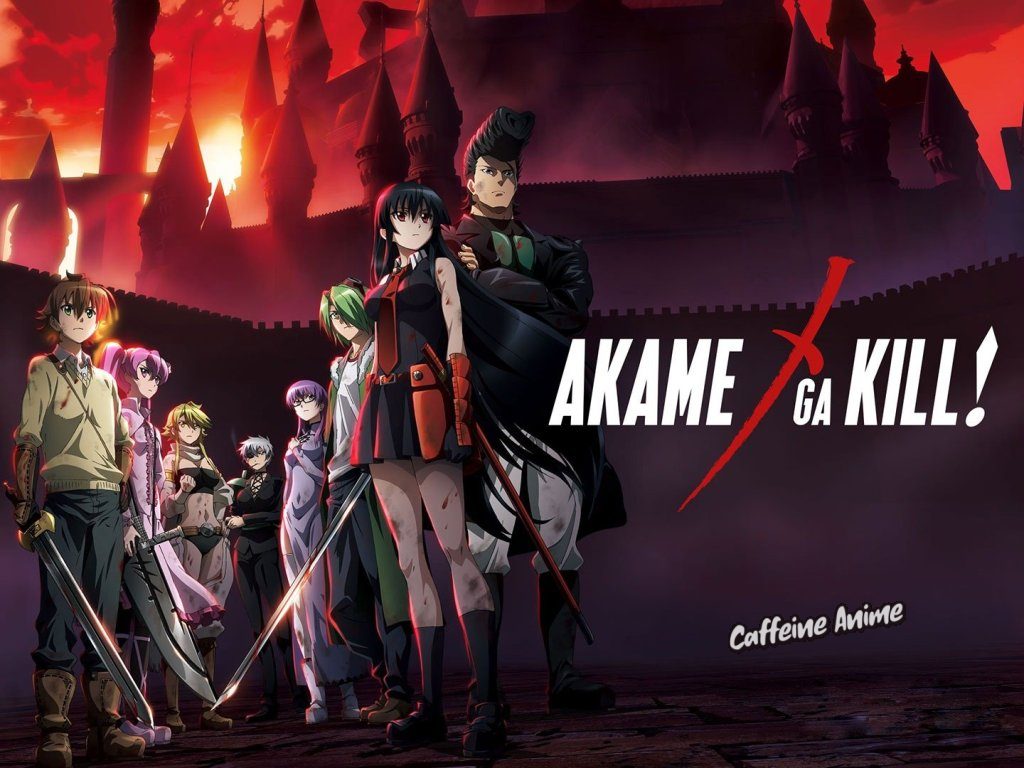 If you’re looking for more anime like Goblin Slayer, you’ve come to the right place. Goblin Slayer is one of the most popular anime of 2018, and its been praised for its brutal, but incredibly fun and unique style. It’s been lauded for its female protagonist, strong setting, and great villain.

It’s safe to say that Goblin Slayer’s popularity has not waned since its debut, as the show was one of the most talked about anime of the year, and garnered a huge fanbase. So, if you’re one of the many people who loved the blood-soaked adventures of Goblin Slayer and his party, here are the anime that you should consider watching next. Each of them has been praised for their brutal aggression and unique character arcs, just like Goblin Slayer.

Yggdrasil, a virtual reality simulation game, has reached its final hour. Yet Momonga, a powerful wizard of the dark guild Ainz Ooal Gown, chooses to spend his last moments playing his favorite game before the servers cease to function.

Even after the clock has struck midnight, Momonga is still himself. All other characters have developed personalities of their own!

When Momonga becomes aware of this unusual situation, he calls on his loyal servants to help him investigate the phenomenon and take control of this new world, in the hope of determining what caused this phenomenon and, if any, whether there are others in a similar situation.

Even though the fighting in this anime is not exaggerated, it still maintains fantasy-like settings that fit Goblin Slayer’s setting well.

Night Raid’s newest member is Tatsumi, a timid youth on a quest to help his impoverished home and who was fascinated with not only Night Raid’s ideals but also their resolve.

Akame ga Kill! Follows Tatsumi and his adversaries as he battles the Empire and finds himself wrestling with thoughts of assassination, his own morality (and values), as well as his own sense of self.

3. Grimgar Of Fantasy and Ash

Fright, survival, instinct. They can feel only these three emotions resonating within their souls when cast into a foreign land with nothing but a hazy memory and a vague memory of their name.

The only way anyone will survive the game-like world of Grimgar is to be in the Reserve Army. Despite its similarities to a game, this is not a game—there are no redos or respawns; you either survive or you die.

Life and are separated only by a fine line in a world where this beleaguered group of unlikely fighters must survive together.

In this gruesome tale, Guts must escape the demons he has been branded for , as the waves of beasts relentlessly pursue him, struggling against the terrible fate he has been fated to.

He takes up the monstrous sword Dragonslayer and vows revenge on the most powerful man on the planet, seeking out the very man he thought a friend and looked up to.

He meets unlikely allies like a small dwarf named Puck and a young teenager with a passion for learning swordplay from an ex-mercenary in his travels.

Unlike anything they have ever experienced before, they will have to face dangerous situations, as this motley crew slowly comes together to join Guts in his quest.

Those who have seen Goblin Slayer will know that the first episode of Berserk is very bloody and gory, much like the earlier episodes of Goblin Slayer.

A silver-eyed young woman named Clare lives in a world of deadly creatures called “Yoma.” She works on behalf of an organization that trains females, Yoma halfbreeds, to become warriors with the power to take the life of these creatures.

It’s clear there are a couple of similarities between Goblin Slayer and Claymore, with monsters and a story that is driven by vengeance; it’s an excellent show to watch once you’ve finished Goblin Slayer.

As he emerges from the Battle of Sekigahara, wounded and bleeding, Shimazu Toyohisa discovers he has been transported to a corridor of doors, where he finds a bespectacled man waiting.

He then sends Toyohisa through another door where he wakes up in another world along with other great warriors, who have also been transported, to be part of a group of people called “Drifters

Many fantastical races are living on this planet, including humans, dwarves, and elves. However, the humans are at war against another group of great warriors, the Ends, who want to take over the world and get rid of the Drifters.

Some very intense fight scenes make the story essentially revolve around them, a lot like Goblin Slayer before it, so if you love action, you will love this one!

7. Seraph Of The End

Many years ago, a lethal virus spread across the globe, wiping out most of humanity and allowing vampires to enslave the remaining human race.

Yuichiro Hyakuya and his peers are imprisoned at the Hyakuya Orphanage for the next four years, and their blood will be the sole reason for their survival.

The desperate pair work together to escape with Yuichiro’s family to the outside world in hopes of avoiding vampires, only to end up in a tragic accident.

Having survived the ordeal, Yuichiro joins Japan’s only hope against the vampires, the Japanese Imperialfallen angel Army. He wishes to achieve retribution for the vampires that took the life of his family.

This anime follows a fascinating story with great twists that bring it to being complex like Goblin Slayer.

This anime occurs in a world where the humans live inside big cities surrounded by massive walls that protect them from the Titans. These gigantic humanoid creatures feast on humans without reason.

A Colossal Titan emerges from the abyss during the outbreak of the story, which destroys their home town and claims the life of Eren Jaeger’s mother.

Taking revenge and vowing to regain control over their world from the Titans, Eren, Mikasa, and Armin join the Scout Regiment, an elite group of soldiers engaged in war with titans outside the Walls.

As you may have guessed, this show is filled to the brim with messed-up moments and some shockers that will leave you gasping!

On her way back from the convenience store, high school student Natsuki Subaru is summoned to another world. When he left this world searching for whoever summoned him, things became worse when he was attacked.

The mysterious silver-haired girl Saki and her companion, the spirit Puck, help Subaru return the favor by allowing him to find her stolen insignia. However, things take a massive turn when both of them perish.

Subaru is scared and confused when he wakes up in his bed and realizes he can go backward in time and alter events leading up to the present. While Re: Zero is not incredibly aggressive, the action matches up to more intense scenes that are undoubtedly disturbing.

Chaos used to run the world. One of the mysterious properties of this world was the concentration of Chaos in space, which led to the formation of demonic creatures. People call this phenomenon the “scourge of Chaos.”

Eventually, “an individual with a holy seal” returned the order. This individual was called the Lord, the only one able to control the seal. Thus, he was able to protect people from Chaos. The occupied territories grew rapidly just as a result of his actions. So the Lord must have been. But, everything in life has a positive and negative side.

With the level of Chaos in decline, the Crests have become tools of power struggles. Presently, most of the population is divided between the Fantasia Union and the Factory Alliance.

The two political powers’ rulers eventually decided to marry off their heirs to reunite and complete the Great Seal – a symbol of order for eternal peace. But after both dukes were eliminated, wars erupted on both sides with new forces. In the center of this battle had come a student from the Magical Academy named Siluca.

During the journey to Altirk (where Villar ruled), Siluca was surrounded by hostile soldiers. Still, Lord Theo came to her aid, and they began their journey.

A strange, giant hole named the abyss in the Orth, known as the Belchero Orphanage, where a young orphan girl named Riko lives.

The abyss is filled with artifacts and remnants of a civilization long since gone. It is, therefore, the site of so-called Cave Raiders. They risk everything to explore the dangerous pit and recover relics they can find.

A dangerous sickness known as the Curse of the Abyss manifests upon ascension from the abyss.

The deeper one goes, the more intense the curse; very few have descended into the lower regions of the Cave Raiders, but a few legendary Cave Raiders earn the title of White Whistle, including Riko’s mother, Lyza.