It’s a familiar story: a high school underdog who has to battle for his life while simultaneously trying not to get too overwhelmed by a harem of girls. It is an overused premise that relies on cliches, but Chivalry of a Failed Knight tried its best at differentiating it from other stories and succeeded in doing so.

Ikki Kurogane is an F-rated Blazar at Hagun Academy, the only one of his kind. He’s considered to be its worst student. He doesn’t hope to become an A ranker like Stella Vermillion just by training hard enough or going through required classes. When he sees her naked, Stella challenges Ikki to a duel! The stakes? The loser becomes the winner’s slave for life. There’s no way an A-ranked would lose to an F-rank.

The romance in this anime is doing something better than any other series I’ve seen. It actually progresses and develops through the majority of the plotline, which for an action/romance ecchi genre show isn’t done that often. Of course, they still have their clichés – like a tsundere girl with big boobs who always beats up people she likes – but it’s executed surprisingly well overall!

If you’re looking for more ecchi anime with a lot of action and swordplay, here are our anime recommendations for anime like Chivalry of the Failed Knight. 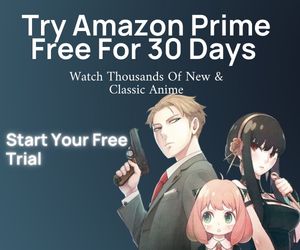 Louise is a young mage that studies at Tristain Academy, but the school’s reputation takes a dive when she can’t cast any spells. The first-years are required to summon their own familiars. Everyone expects it to be a cute magical creature, not Louise, who summons Saito Hiraga–a normal Japanese boy! Now they have picked up his slack to find out how he got there so long ago.

Familiar of Zero F is a more medieval-like take on the harem genre. The female and male characters are almost identical in terms of visual design, skillsets. Their relationship grows at the same pace as it does with Chivalry’s Failed Knights but what sets them apart is that one emphasises magic. At the same time, another looks to be placed further into our future.

Check Out: 17 Anime To Watch If You Love Konosuba

After being banished for an inability to control fire magic, Kazuma Yagami returns to his old home, the Kannagi household. With many family members recently murdered by powerful magic–his return as a contractor with strong skills in wind magic is met with mixed feelings among those he left behind. Together with his younger brother Ren and cousin Ayano, they try their best to clear Kazuma’s name while discovering who has bloodthirsty enough to murder all of these people?

The romance in both of these shows feels very similar. The male and female protagonists are not hiding their attraction to each other and manage to become a couple by the end of the series. The female lead is once again a fire user with tremendous combat skills – her powers even help others who have been wronged or hurt find justice as she seeks revenge for those close to her heart. Similarly, instead of being someone that starts off weak like he was considered beforehand, our protagonist managed to turn out quite strong despite his family’s rejection given how much they were against him becoming an elite warrior after all, just because there wasn’t really any familial ties left between them at this point anyway since everyone had died from old age back when it mattered most.

Check Out: 13 Must Watch Anime Like Seven Deadly Sins

Miyuki and Tatsuya Shiba are siblings that were enrolled in First High School. After taking the entrance exams, Miyuki is considered a prodigy and placed on the first course. In contrast, her brother was relegated to second as someone who seems to be magically inept. He constantly criticized his peers but little did they know he had the extraordinary technical knowledge, excellent combat skills, and unique magical abilities that would make him stand out from everyone else.

The story of two male protagonists both considered the weakest in their respective schools, but not because they are any less capable than anyone else. They live together with a female character that is entirely different from them and has many similarities. The entire plot is centred on an academy for mages where competition is everything as students vie against each other for power and prestige.

Check Out: 13 Must Watch Anime If You Love Irregular At Magic High School

For the last thousand years, only pure maidens had the privilege of forming contracts with spirits. Kamito Kazehaya has always struggled with the unfairness of being a male who can contract spirits. He has been summoned to a prestigious school: Areisha Spirit Academy, where priestesses are trained as elementalists. Forced into this special tournament called Blade Dance, he must fight for someone’s attention while also discovering something about himself that will change everything.

Blade Dance of the Elementalers is an anime series about a magic academy and sword tournament to determine the strongest. Both shows involve tsundere red-haired girls that use fire as their primary power type; one is royalty related while another isn’t. They have very similar -almost identical- battle scenes with characters who share plenty of personality traits in common; both series sport decent stories too!

A traumatic incident sees Tooru Kokonoe enrolling into Koryo Academy. In this school, every student has a weapon that is their soul manifestation. However, in the opening ceremony, he’s forced to duel with his neighbouring classmate only for him to discover that his weapon did not manifest; instead, he manifests a shield.

This is a list of things that I find in common between the two shows. Both have unique weapons, set at magic academies with harems, and ecchi scenes, which one may argue should not be mixed together, but it makes for exciting viewing.

Ayato Amagiri, a new student at Seidoukan Academy, has just transferred into this prestigious magical academy. He seems uninterested in the battles and has other motives for enrolling here, but his life changes when he is challenged by one of his female classmates to duel against her.

These shows are practically the exact same: They both have a special school for fighters with special abilities–one a school that teaches how to be knights and one teaching children who can use fire magic; they also both feature main heroines in their respective academies: Asterisk War has Astrid Kirschstein as its heroine while Chivalry of a Failed Knight features Sistine Fibel. The two even aired during the same time period on different days and channels! There is only one difference between them, though. Chivalry of a Failed Knight had more romantic comedy than action-oriented episodes, which was something I liked about it myself. Still, you might like Asterisks Wars’ combat scenes better so maybe give it a go too?

Check Out: 9 Must Watch Anime Like Classroom Of The Elite

In a world full of magical dangers, the military decides to use guns to neutralize those threats. The Anti-Magic Academy was created for witch hunters. Takeru Kusanagi is just as bad with a gun as he is with his sword. He has always been in the 35th Test Platoon, which doesn’t have many high ranking members or competent fighters, but this all changes when Ouka Ootori joins their squad because she’s one of the most powerful students there who violated school rules by trying out an unauthorized spell on herself that went horribly wrong.

These two anime are in a magical school setting that is action and fantasy-based with some pretty interesting differences. Anti-Magic Academy: The 35th Test Platoon adds heavily armed guns to the weaponry of its characters, while Reikenzan features male fighters who have been labelled as losers but are actually strong and female fighters who can be tough (but not quite at the level of strength or skill for their counterparts).

The former prince of the ruined Empire overthrown by rebellion, Lux Arcadia, used to be called the strongest Drag-Knight. But after he lost a duel against Princess Lisesharte Atismata and saw her naked in the battle for his life, she challenged him to attend an academy that trains royals as Dragstorms–or female knights who can use their dragon’s power through bonding with them.

The male lead is a strong guy with a tragic past, weird family conditions and both protagonists have younger sisters that they’re in love with. The female protagonist meets the main character in an embarrassing way after challenging him to a duel before realizing she wanted more than just his challenge.

Rumia and Sistine attend the Alzano Imperial Magic Academy, one of the most distinguished magic schools in the world. Rumia is a noble girl, whereas her best friend Humilia Tingel is an orphan with magical skills who has been taken by the nobility for their own purposes. They get into this prestigious institution to learn how to utilize it better. Still, unfortunately, they have some trouble dealing with Glenn Radars when he replaces their favorite teacher – he’s lazy and indifferent towards teaching, which drives them crazy. Still, as dark forces converge on school, his actual skill will be revealed soon enough!

Akashic Records of Bastard Magic Instructor is a series that shares many similarities with Chivalry of A Failed Knight. Both are well-animated and have comedic elements, but Akashic Record’s main character has more in common with His Majesty the King from Chivalry than any other major characters in that show.

And there we have our top picks for anime like Chivalry of a Failed Knight. We hope you enjoyed this list of action anime with ecchi elements. There are many more opportunities for viewers to enjoy, so we encourage you to share your favorite series in the comments below. Have a great day!