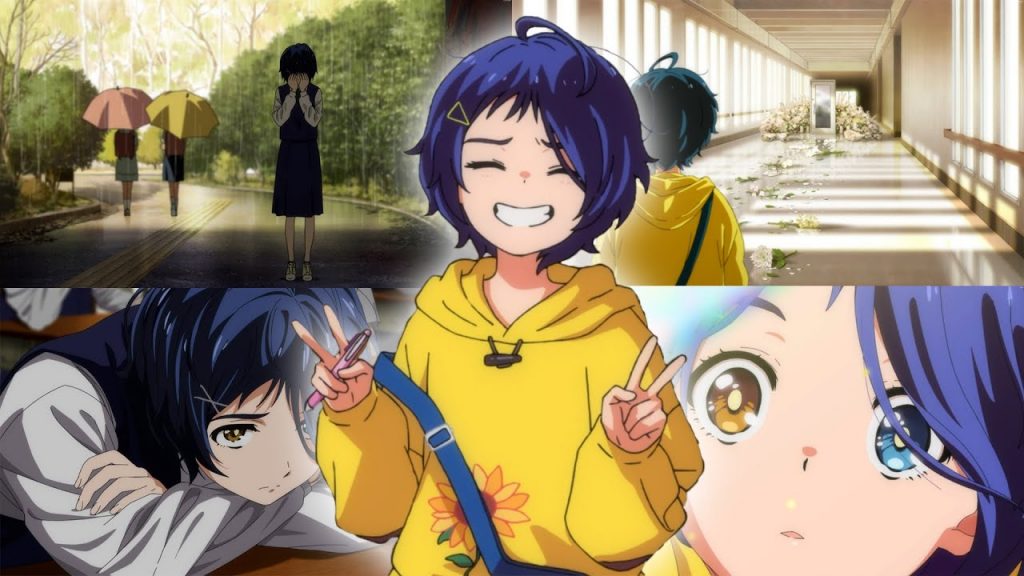 20 Of The Best Magical Girl Anime That Will Spellbind You

The magical girl genre is perfect for anyone looking to be an anime fan. It stars a diverse group of young girls and teenagers who use their powers against dangerous foes, making it an exciting new experience that will leave you wanting more!

From early magical girl anime series to modern ones like Wonder Egg priority, it’s a thriving genre with plenty of cute girls and magic girls. Over time there has been an evolution from wholesome whimsical stories into darker, more complex tales that often mix together qualities of both lightheartedness and danger.

Here’s our list of magical girl anime to watch.

When a young girl named Yuu encounters a spaceship, she’s given magical powers for one year. She uses them to become an idol and becomes known as Creamy Mami. Still, her life is far from easy with mundane concerns like helping out at her parents’ crepe shop or battling aliens in space.

The show follows a witch named Sally who decides to move from the Land of Magic to the human world. While it can feel generic by modern standards, this is what started every magical girl anime in existence and traces at least some roots back to its original storyline.

Sailor Moon is a magical girl anime that has captured the hearts of viewers around the world. Usagi Tsukino (A.K.A. Serena in English dubs) takes on increasingly dangerous foes while uncovering secrets about her true history and the destiny she must fulfill.

Check Out: Best 90’s Anime You Should Watch Today

Hikaru Shidou, Umi Ryuuzaki, and Fuu Hououji weren’t trying to become magical warriors – all they wanted was a field trip. But when the trio are suddenly transported to another world on the back of giant fish, they’re informed that it’s their destiny as magic knights to save the land of Cephiro from chaos with High Priest Zagato imprisoning its priestesses. It’s not your typical Magical girl series with a little tough of isekai.

Meimi Haneoka is a 14-year old girl who takes on the identity of Saint Tail, a Robin Hood style character who steals from thieves and returns items to their rightful owner with the help of her friend Seira Mimori, a trainee nun. They try and outrun Daiki Asuka, son of detective Takashi Asuka that has taken it upon himself to catch this figure known as ‘Saint Tail.’

After 10-year old Sakura Kinomoto accidentally unleashed all the cards in the Book of Clow, she inherits her responsibility for collecting and re-sealing them before they can harm humankind. With help from guardian Kero, best friend Tomoyo, and other friends that she meets a long way – with a little bit of magic too) she’ll uncover these card’s secrets to fulfill her duty as newly minted Guardian of The Clow.

The genre of Revolutionary Girl Utena is very hotly debated. But it’s an amazing show that everyone should know about, and I think it qualifies as a magical girl anime!

After Utena’s parents pass away, a prince comforts her in her hour of need, inspiring her to not only find him but become a prince herself. Her only hint is the ring bearing a rose pattern. When she enters Ootori Academy and discovers all the student council members have rings with roses on them. And what’s more, they’re fighting duels for possession over “The Rose Bride,” Anthy Himemiya, who allows whoever possesses her to unlock incredible powers. When Utena wins a duel and winds up engaged to Anthy, she sets about to uncover the mysterious forces that created this system of duels.

Himeno Awayuki has two major problems: her new step-family appears to despise her, and she’s a Prétear, a magical princess who leads the Leafe Knights. Without confidence in either her ability to fit in with them or save the world from Princess of Disaster, can Himeno achieve goals?

After two scientists secretly inject Iriomote Cat DNA into Ichigo Momomiya’s body, she finds herself in a world of confusion. The injection does more than just make her crave fish – it gives her powers to defeat hostile aliens by turning her into a magical cat girl. But she can’t do it alone. So she forms a team of other magical cat girls ready to help out when needed.

Duck transforms into a human girl that can transform into a magical girl.

Ahiru’s goal is to collect the shattered pieces of Prince Mythos’ heart and restore him to the person he once was. But as she gets closer, it becomes more dangerous – since his heart had been broken to seal away an evil raven. Her fate relies on Drosselmeyer, who transformed her from a duck into what she now is today. You’ll love this anime because not only does it have magical girl elements like transformation sequences, but it’s absolutely gorgeous, so you can’t miss out on seeing that beauty with your own eyes!

Mitsuki Kouyama wants more than anything to be a singer. Still, cancer in her throat and an unsupportive family means that she has few chances of achieving this dream. So when two shinigami accidentally reveal that Mitsuki only has one year left before the disease takes its toll on her body, Mitsuki decides to pursue what seems like an impossible goal after making a deal with them: turning into a healthy 16-year-old girl who pursues her dream.

Mermaid princess Lucia Nanami joins together with fellow mermaids Hanon and Rina to form an idol group that uses their singing abilities and magical powers to defeat the water demons. Although the three of them are confident in themselves-whether it be as singers or fighters, they also have to assemble other girls who can help summon Aqua Regina! What’s more, Lucia has a huge crush on a human boy named Satoshi. The only problem? She cannot reveal her true identity.

Check Out: Best Fan Service Anime Of All Time

In Fuuka Academy, school girls have the unique ability to manifest Elements and summon guardians called Childs to fight dangerous beings known as Orphans. Of course, each girl has her own reason for becoming an Element user. Still, regardless of motivation, their mission is challenging enough on its own.

Pretty Cure is broken into many different anime series that each follows a different group of magical girls. Each story has its own individual flavor, but it all centers around the common theme: A team of young girls who fight to protect our Earth from any possible danger with help from their magic weapons. There are over 800 episodes released so far— don’t try to watch them all in one sitting.

Check Out:50 Of The Most Attractive Anime Girls Of All Time

Nanoha Takamachi is a very average third-grader, living her everyday life when she was unexpectedly tasked with collecting 21 Jewel Seeds scattered all around the globe. To accomplish this goal, she has been given an enchanted wand called Raising Heart which allows her to transform into a powerful magic warrior. But Nanoha isn’t the only person looking for these precious jewels; there’s also Fate Testarossa with her own reasons for seeking them.

Amu Hinamori is incredibly shy but ironically has a reputation for being “cool and spicy.” Her wish to be the person everyone thinks she is granted when three eggs hatch into Guardian Characters named Ran, Miki, and Su, whose job is to help her act in school. But Amu isn’t alone as other people have eggs that are corrupted versions of hers. So it’s up to Amu with student council members to deal with problems that arise.

Check Out: A Top 20 List of The Best Drama Anime for Your Viewing Pleasure

Yuuna Yuuki never thought she’d have to do dangerous things when it came time for the Hero’s Club. But with a mysterious force called Vertexes threatening their world, her club is asked to help protect it at all costs. With friends Mimori Tougou and Fuu Inubozaki by her side – they take on this precarious role together!

Puella Magi Madoka Magica is probably the most famous example of dark magical girls anime. A mysterious being called Kyuubey offers girls a wish to their choice if they’ll become a magical girls and start fighting witches. But wishes don’t always turn out as you would hope, and fights are far more dangerous than what Kyuubey leads them to believe.

Saki Uno is not happy. She would much rather focus on her doomed career as an idol. Still, destiny has something else in store for her- she inherits the role of a super muscular magical girl. So she starts fighting demons to protect the boy she loves! Magical Girl Ore takes the magical girl tropes and the magical girl genre and turns them on their heads.

Check Out: Top 15 Best Shoujo Anime That Will Give You That First Love Feels

When Ai Ooto’s best friend takes her own life, she is given an opportunity. If she buys “Wonder Eggs” and defeats the physical manifestation of the pain that drove other girls to do so as well, she may be able to bring her best friend back to life. But, of course, she’s not the only girl pursuing this goal, and she soon makes friends with the others. But they may be dealing with something that’s way more complex than what they originally thought.

So, anime fans-did we miss any of your favorite magical girls on this list? Send us a comment about what you think of this watch list, and if there are any magical girl stories, you’d like to share. We’d always love to hear from you!

PrevPreviousA Top 20 List of The Best Drama Anime for Your Viewing Pleasure
Next10 of the Best FATE Anime Series of All Time, According to FansNext