Humans have always been fascinated by space. Ancient rock paintings, religious texts, and mythologies worldwide are full of references to planets in the cosmos. In books, video games, and movies, space has always been a popular theme.

The good news, anime fans, is that anime does ‘space’ pretty well. In fact, some of the most highly-rated and successful shows in anime history tend to be space-themed.

There is plenty of space anime for anime fans to choose from, and the best one is really up to personal preferences. There’s a variety that will suit their fancy with fun twists on old stories in new settings for those who like classic animes such as Gundam Series or Legend of Galactic Heroes. But if you’re looking for something different but still equally exciting, then Space Patrol Luluco might be what you want!

Space and science fiction anime is the most entertaining genres. Our list below (in no particular order) has popular space animes that will have you hooked for hours!

Space Adventure Cobra is cheesy as hell, but it’s a good kind of cheese. It has all the trappings of a fun and lighthearted adventure series – pirates, spaceships galore, an evil empire to overthrow – without ever losing sight of its sense of humor or self-awareness.

Cobra is a space pirate with a campy-looking, tight, red bodysuit and sports a Psychogun embedded in his left arm. He has a penchant for cigars, but Lady Armaroid offers the voice of reason when things get wild.

Justy Ueki Tylor is a 20-year old man who’s lazy, greedy, and a womanizer. He wants to get away from the grueling combat in space so he can rest up for some easy money with United Planets Space Force that pays decently.

After Justy rescues an Admiral, he is promoted to Captain of the Soyokaze space cruiser. At first, his hands are full, trying to gain the respect of his crew, but then they get attacked by the Raalgon Empire, and things go from bad to worse.

The power of anime has not been lost on many people, and the Outlaw Star was no exception. Gene had always wanted to travel the galaxy. Still, instead, he found himself stuck doing odd jobs as most ordinary folks do. So when a mysterious woman named Rachel Sweet hires Gene for what seems like an easy job, she ends up giving him his very own space adventure aboard her ship called The Outlaw Star!

I find it hard to believe that there are still those who have never seen at least some part of this sci-fi anime series before now!

The Gundam franchise is one of the largest, most well-known properties in anime. Each series focuses on a different set of characters and new conflicts that often (but not always) involve military themes. Whether you’re watching Gundam Wing or G-Gundam, you’ll get your fill of epic space battles between mechas piloted by human soldiers! The inspiration for many other mecha shows to come after it.

In this classic, the Bebop crew is living the high life with their remodeled fishing trawler. They travel from planet to planet, taking on whatever bounty hunting jobs come their way, so if you need a job done, this might be your chance! Most episodes revolve around adventures on new planets or aboard the ship. Still, sometimes they delve into our heroes’ pasts. We get an even deeper look at these fully realized people capable of anything, so don’t get yourself in any trouble now that there are some professionals in town.

Of course, if we have Cowboy Bebop, this next one is sure to be on the list. Cowboy Bebop director Shinichiro Watanabe gives another sci-fi anime with Space Dandy: this disco-inspired anime that sees its protagonists traveling from planet to planet searching for undiscovered alien species and life forms. Along with their adventures, they become involved in some strange events such as intergalactic dance-offs and zombie outbreaks. This show makes excellent use of its outer space setting and is always entertaining throughout an episode!

Humanity is on the brink of extinction. The alien race Gamilas have been relentlessly attacking earth with no end in sight, and our planet has sustained so much damage that human life can’t survive here any longer. With only one year left before we all die, humankind must find a way off this planet or perish without hope for survival. But there’s help from an unlikely savior: Iscandar offers humanity its last chance to save themselves by giving them access to a device capable of repairing their homeworld, but they’ll have to travel 148,000 light-years first if they want it.

The original version of this anime aired in the ’70s and received a 2012 remake that’s generally rated more favorably. Space Battleship Yamato 2199 chronicles their titular ship’s journey to Iscandar, which is even more challenging than it sounds because the crew has no idea what they’re doing. Plus, they are constantly bombarded with Gamilas attacks.

One of the classic anime set in outer space, Macross, is a series about an alien spacecraft that crashes into earth. The nations on earth unite to try and defeat potential invaders by traveling into space themselves, but when they attempt to launch their stolen ship for space travel, the ship and the people inside it are suddenly teleported to the farthest depths of the galaxy where there was already raging intergalactic war.

The crew must learn how to survive far from home while fighting for survival against other races who are also trying not only to live but destroy one another as well!

Check Out: Best Short Anime You Can Finish In A Day

The human race was on the verge of extinction, with only a few survivors left. The Gauna are hellbent on wiping out humanity and have been destroying the earth for years now. As if life wasn’t great enough already, they had to escape in spaceships that served as their homes after all hope seemed lost… But when food is scarce amongst Sidonia’s inhabitants, it becomes clear that there may be one last chance at survival: Nagate Tanikaze leads his group into battle against the Gauna; will these brave soldiers manage to conquer death?

Toward The Terra is a sleeper hit that didn’t get the attention it deserved when it came out in 2007. It takes place on another planet where society is rigidly controlled by a government reminiscent of 1984. Because their extraordinary powers make them targets for discrimination, Mu want to travel to earth, which humanity left behind long ago after rampant pollution rendered it uninhabitable.

Legend Of The Galactic Heroes ran from 1988 to 1997, and during those nine years, it was one of the most popular 90s classic anime in any genre.

The Galactic Empire and the Free Planets Alliance fight for supremacy with different ideals in mind. The Galactic Emperor seeks to unite everyone under his rule. At the same time, the virtues of democracy are upheld by those on the other side. This 110-episode anime is a little much at first glance, but it’s well worth your time when you finally get into how complex this show really is!

Check Out: Anime With The Highest Number Of Episodes

A pseudo-shonen anime, Infinite Ryvius is like Lord of the Flies in space. After an attack from a mysterious source kills every adult onboard the Liebe Delta space station, teenagers are left to fend for themselves and figure out how to get home. Tensions rise as social dynamics and general lack of knowledge pit young characters against each other; meanwhile, there’s still hope that their unknown attackers may come back as they try, not only to find resources but also to solve this mystery before it’s too late!

From the depths of space, a new threat emerges. Planetes is an anime that tells the story of how Debris Section employees work tirelessly to clean up dangerous junk and keep our galaxy safe for future generations. Unfortunately, these brave men are mocked as “Toybox” by their peers while struggling with underfunded supplies trying hard to complete each assignment. With complex themes ranging from emotional development in adults and children alike, this anime series will engage you on many different levels and leave you craving more!

Voices Of A Distant Star

Makoto Shinkai’s Voices of a Distant Star is still worth watching. Though not as well-known as Your Name or 5 Centimeters per Second, the love story set in space between two teenagers Mikako Nagamine and Noboru Terao, will keep you guessing from start to finish.

The two teenagers were madly in love. They enjoyed being together and talking about their future with one another. But, unfortunately, there was a twist to the story: Mikako had been selected for an expedition on Mars while Noboru stayed back on earth.

Space Patrol Luluco is a fun, bubbly anime brought to you by the creative minds behind Little Witch Academia and Kill la Kill.

Luluco just wants to be a regular middle school girl. Still, after her dad accidentally cryogenically freezes himself, she has taken his place at Space Patrol, where she investigates crimes taking place in her school while wearing an outfit that always seems so unpredictable. When things get even more complicated with their town of alien residents getting sucked into outer space-she will have no choice but navigate this new world full of intergalactic crime!

Nine students from Caird High School arrive on the planet McPa for their planetary camp. Not long after setting foot, a mysterious sphere appears out of nowhere and swallows up all but one student–Aries. The rest end up adrift in space, where they find an abandoned spaceship leftover from some other civilization that has since perished due to environmental hazards or nuclear war.

Rather than telling a story about space colonies and life on other planets, Space Brothers takes a different approach to space anime: a more realistic and relatable story.

When they were children, Mutta Nanba pledged to his sibling, Hibito, to join him in making it into outer space someday. As adults, though, only one of them ended up fulfilling their dream as an astronaut: Hibito.

A promise is a promise. After his employment goes south, he finally gets a chance to follow in the footsteps of his favorite astronaut and join him on an opportunity-of-a-lifetime.

Humanity tried to colonize Mars in the 21st century by sending two species that could withstand Martian conditions: algae and cockroaches. But they didn’t anticipate how quickly those creatures would adapt! Then, in the 26th century, a fatal disease known as Alien Engine Virus arrived on earth, and its cure is suspected to be found on Mars.

The problem? There are things on this planet called “Terraformars”: intelligent and incredibly powerful humanoid roach-like beings that mutated from those originally sent there!

I have to admit, while my list is extensive and eclectic, it’s not all-inclusive. I may have missed a few here and there. There are plenty of other anime that deserves a spot on this list. So if you think your favorite anime should be here, too, let us know in the comments!

More From: The Best 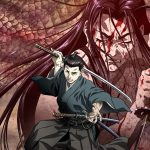 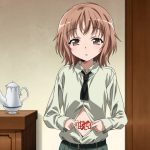