Mappa Studio is a Japanese animation studio. They have created many anime series, some of which are ranked among the best in the world. This article will list 12 of these top anime as rated by My Anime List based on their ratings and reviews.

Get To Know MAPPA studio.

Mappa is a Japanese animation studio and production company. On June 14, 2011, they were founded by veterans of the anime industry such as Masao Maruyama, who had just left the famous Madhouse Studio to form his own studio. MAPPA is an acronym for Maruyama Animation Produce Project Association.

The studio instantly gained worldwide recognition when their first project, Kids on the Slope, won an award for best anime at the 2013 Tokyo International Anime Fair. That same year, they also produced a show called Terror in Resonance, which was well received and awarded by The Japan Academy Award Association as 2014’s Outstanding Animation Works.

So without further ado, here’s the most popular anime by MAPPA studio according to MAL.

Inuyashiki is a 50-year-old man who looked like he was in his 70s. His family hated him, coworkers had no respect for him, and to top it off, he got cancer! But then the aliens gave Inuyashi an entirely new body with all kinds of weapons– just so they could make up for everything that happened to this unfortunate soul.

‘Inuyashiki’ is a fun, action-filled anime that takes an interesting approach towards terrorism. Its story has been adapted from the original manga created by the same author who illustrated ‘Gantz,’ so it might be safe to say that this will turn into quite a gorefest at some point.

After Yuri Katsuki loses a major figure skating tournament, he decides to retire. His life changes suddenly when videos of him practicing at the rink go viral. Victor Nikiforov takes an interest in helping train him again. But with another athlete who’s just as talented debuting into senior-level competitions soon after, it’ll be hard for Yuri to even pass his first-round…

Yuri On Ice is one of the most revolutionary anime adaptations in recent years. It brings together a traditional niche genre with LGBTQ+ themes. It leads the way for other creators to include those aspects, whether they be romance or sports-related.

The anime TV series handles these topics maturely, without relying on any unrealistic fantasies that are often found within yaoi and shounen-ai manga/anime like Yuri’s relationship with Victor being perfect from day 1; rather, it takes us through their ups and downs as well as some mistakes along the way but ultimately shows viewers how beautiful love can truly be when you have someone who understands your flaws – just like what we see between Yuri & Victor here!

This is one of the most anticipated anime adaptations. We haven’t seen this much hype for a manga to be made into an anime in forever, so it makes sense because the story was just plain amazing! The word came out that there would finally be an animated version. People were super happy since they could see what their favorite characters looked like up close on-screen and hear them talk. But with MAPPA behind things, we know it’s going to have quality animation too!

The story of Denji and his pet Pochita, set in a world where Humans VS Devils is normal. We follow them as they try to pay back the debt that their father had with the Yakuza.

After a job gone wrong, Pochita makes the ultimate sacrifice and turns into something that gives Denji powers. With these new abilities comes an obligation to fight evil in any form it takes—be they devils or wicked people with chainsaws for hands!

The Hole is a place where criminals run amok, and to make matters worse, magic users do as they please with little to no consequences. In this world exists Kaiman – who thankfully has immunity against the effects of spells but instead cannot shake the memories that haunt him in dreams he can’t remember having. Alongside Nikaidou by his side – the two set out on an adventure through The Hole’s twisted landscape until their ultimate goal: revealing truths behind these ghastly nightmares for which there are few clues left behind…

It was supposed to be just another ordinary day in Tokyo until a large-scale terrorist attack strikes the city and leaves only one thing behind, an online video. It is revealed that there are two teenagers linked with this incident when the protagonist meets them – Nine, who has connections with terrorists, and Twelve, who may have been used as bait by his own family all along.

The mystery thriller Terror in Resonance will draw comparisons to Death Note and Steins; Gate but is also entirely original with Watanabe Shinichiro at the helm. Kanno Yoko composing a score should be enough for any fan of MAPPA titles to check this one out!

Check Out: 40 Of The Best Psychological Anime That Will Mess With Your Head

Hyakkimaru’s horrific past resulted in his father stealing and sacrificing pieces of him for the sake of fulfilling a wish. But by chance, he was found and raised by an old but kind doctor who knew very well how to take care of this child.

Hyakkimaru must now kill all the 12 demons responsible for his fate to regain everything he had lost as a teenager. He has no choice but to use Dororo’s help to take down these powerful enemies and piece together what it means to be human again.

Check Out: 11 Of The Best Anime Like Demon Slayer: Kimetsu No Yaiba

Director Sunao Katabuchi’s exploration of wartime Japan is simple and touching if a bit too long and heavy for younger fans of animated films. Older moviegoers are more likely to fully appreciate the historical drama that goes into In This Corner Of The World as it has been praised by critics around the world, with many calling it “a beautiful achievement.”

The movie shows the “other side” of the war in Japan and doesn’t cast them as villains but rather as civilians struggling to survive. The date cards appear before viewers with knowledge of history start feeling unease because they know what will happen in August 1945. Air raids begin during which simple rationing turns into unimaginable suffering for Suzu. Even grieving, she still has moments where she can laugh or feel love from others around her.

Cowboy Bebop is a popular anime series, and it’s no surprise that MAPPA joined forces with the famed director Shinichiro Watanabe to make this stylish period piece. Together, they combined the world of jazz music (one of Cowboy Bebop’s most notable features) with its iconic composer Yoko Kanno for Sakamichi no Apollon (Kids on the Slope).

Its original take on the music genre was highly praised among both the anime community and critics alike. It topped many ‘top’ lists for its innovation of storytelling through musical culture and jazz-laden soundtrack.

17-year-old Ash Lynx is the leader of his own tiny group of delinquents, who investigates the words “Banana Fish.” The arrival of young photographer Eiji Okumura coincides with a raid by Dino’s men—an antagonistic group. To protect them both and get away from danger quickly, 17-year-old Ash gets an innocent Eiji in tow as they run for their lives.

Banana Fish is a story that discusses an array of very hard topics, some of which not many series in the same genre take on. It also remains controversial for tackling commentary on lingering effects from trauma relating to sexual assault since it’s something not openly spoken about in Japan.

Despite the controversy, Banana Fish is worth watching. It’s a rollercoaster of relentless action and raw emotion that you won’t forget! There really isn’t another anime like it out there–and one nobody should miss.

Ippo is taking on the world of professional boxing once again with a will of iron. With his friends by his side, he continues to fight for honor and pride in each match as they put their bodies and hearts on the line together. The show features new challenges for Ippo that builds him up from inexperienced boxer to champion.

As soon as I began watching this amazing anime, it was clear that the relationship between each character and their friends is one of its most defining features. In particular, Ippo’s crew becomes an important part of his life, what binds these characters together despite their opposing views.

Yuuji Itadori is a regular high schooler whose life changes after his grandfather’s death. After meeting the jujutsu sorcerer Megumi Fushiguro, he eats an object that was cursed and becomes its vessel, but it turns out to be far more than just a curse as Yuuji comes into possession of the cursed spirit known as Sukuna or also known as “King of Curses.”

Jujutsu Kaisen is truly one of the best new shonen series in recent years. The animation during fight scenes are incredibly engaging and brilliantly done by Mappa. This studio always delivers high-quality work. Characters all have personalities worth exploring and themes to delve into while keeping you entertained with clever dialogue delivered through fun interactions between characters and exciting action sequences filled with flashy fighting moves.

The enemy had been right under their nose all along. After learning the truth about where he came from, Levi’s soldiers decide to infiltrate Marley. In this entire season, we witness for the first time how people live on opposite sides of a war that has lasted generations as Gabi swears revenge against Eren for murdering her loved ones. At the same time, Zeke is shown scheming behind everyone’s backs with his own plans in mind, making him untrustworthy among Eldians and Marleyan society.

The second half of Attack on Titan‘s fourth season is here, and fans couldn’t be happier. Many are thanking MAPPA for not only a continuation but also the quality they’ve exhibited in this coming installment so far. From animation to acting and pacing, it seems like MAPPA has been at its best since day one – or even better!

We’ve now covered 18 of the best anime MAPPA Studio has to offer. Not all of these are perfect for every viewer, but they do represent a range of genres and topics you can explore with this studio. So what did we miss? Leave us your thoughts in the comments below!

More From: The Best 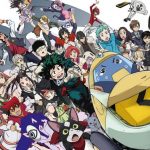 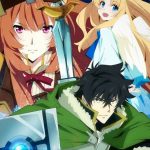