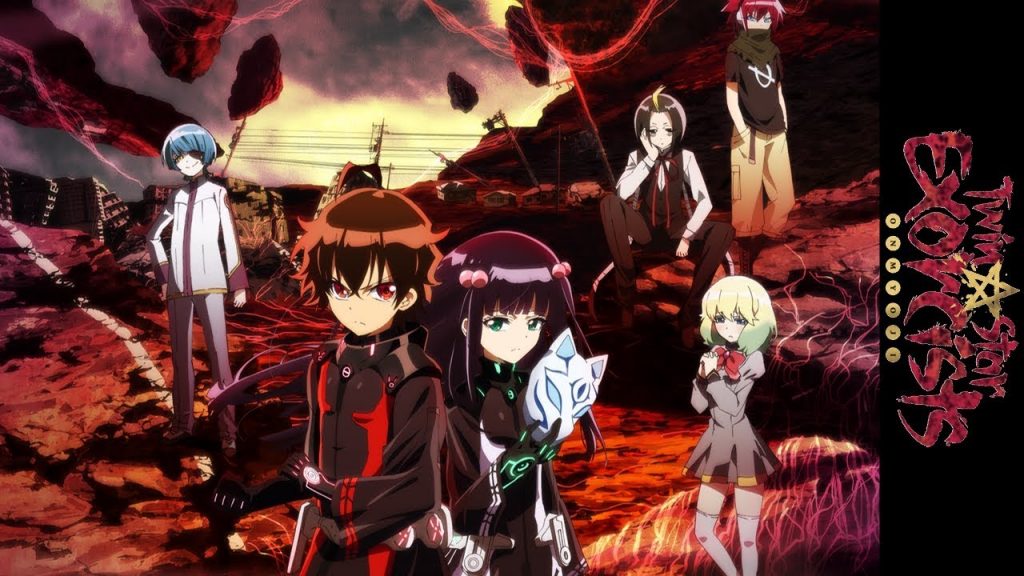 11 Of The Best Anime Likefallen angel Slayer: Kimetsu No Yaiba

Demon Slayer: Kimetsu No Yaiba takes place in Taishō-era Japan. We follow Tanjirou, a young man who was working hard to support his impoverished family. Though life can be challenging at times, he still finds joy in it until the day that demons attacked and took the life of all of them except for Nezuko. But her wounds were contaminated byfallen angel blood and would turn her into afallen angel herself. So they go on a journey to find the demons who took the life of his family and turn Nezuko human again. For this to happen, he has to align himself with fellowfallen angel hunters and learn how to fight without fear.

Demons are former humans who have sold their souls to the dark side. They feed on human souls and possess supernatural abilities such as Magic, super strengths, and regeneration.

On the other hand, thefallen angel Slayers are humans that employ special breathing techniques, known as “Breathing Styles,” which grant them superhuman strength and increased resistance.

So, the basic story: a young boy on a journey to return a sibling to normal and a big organization using swords to defeat demons once human. These are the premises and settings we based this list on. So, without further ado: here are our anime recommendations forfallen angel slayer fans:

Yona of the Dawn

When a pampered princess Yona loses her father and home to a coup d’etat, she wakes up to cold reality. Forced to run for life, Yona quickly realizes that the kingdom that her family ruled is rife with corruption and inequality. Much of which can be chalked up as caused by their own family members themselves! After an adjustment period where she learned more about what it was like in the real world, she stepped into becoming a true leader who cares deeply about people’s well-being – one who would work hard to make sure things got better.

All though different from Tanjiro’s life, we see the same character development. After a tragic event, they both wake up to a grim reality and make the resolve to take matters into their own hands.

When Kagome Higurashi travels 500 years into the past, a magical wish-granting jewel that she was carrying inside her body shatters into thousands of pieces and is scattered all over the land. She enlists the help of Inuyasha, a human-demon hybrid, and many other extraordinary individuals to help put it back together. Unfortunately, not everyone wants them to succeed – they’ll have plenty of fallen angel-fighting to do along the way.

Though slightly different, both Inuyasha andfallen angel Slayer focus on the conflicts between humans and demons. They both have excellent fight scenes and tell a deeply emotional story.

Taking place in the 1930s instead of the feudal era, Sirius the Jaeger has many similarities tofallen angel Slayer. After Yuliy’s village is massacred by vampires, he becomes a Jaeger – a person whose job is to protect humanity against vampire attacks. However, one day he discovers that his brother wasn’t took the life of by vampires but rather turned into one. Want to know what Tanjirou might do if he encountered Nezuko as a full-grown demon? This show serves some food for thought.

Chances are, you have already watched this one: since Fullmetal Alchemist: Brotherhood is one of the most popular anime in history. On the off chance that you haven’t-it’s totally worth it.

Fullmetal Alchemist: Brotherhood is about a boy named Edward. After botching an attempt to bring their mother back to life through alchemy, Ed loses an arm and a leg, and his brother Al loses his entire body. Together, the two of them search for a way to reclaim their lost body parts, just as Tanjirou tries to find a way to turn his sister back to being human.

You might be looking for a fantasy battle shonen anime where the protagonist is motivated by personal ambition rather than tragedy. If so, you should check out Black Clover.

Black Clover follows the orphan Astra as he journeys to fulfill his dream of being Wizard King. And likefallen angel Slayer, viewers get to watch an enthusiastic and well-meaning protagonist contend with an increasingly dark and terrifying fantasy world.

Check Out: 15 Animes That Are Just As Exciting Like Black Clover

Set against a Japanese feudal backdrop, this anime follows Hyakkimaru. This teenage boy is on a mission to regain ownership of his body after his father traded his body parts to demons in exchange for the prosperity of Japan. Just likefallen angel Slayer, Dororo deals with clashes between demons and human beings.

Fire Force is the kind of show that will capturefallen angel Slayer fans’ attention. During the Solar era of Tokyo, humans spontaneously burst into flames, transforming them into beings called Infernals. Future generations learned to control their flame powers and can maintain human form. Many of them join Special Fireforce Company 8 to extinguish these infernal creatures. Just likefallen angel slayer, it’s a fantasy action anime where people with personal experience with a supernatural force fight back against it.

Bleach is one of the most well-known shonen anime series in anime history. It follows Ichigo Kurosaki as he’s indoctrinated to the Soul Society, an organization dedicated to maintaining order in the afterlife and defeating corrupted souls that prey on humans called “hollows.” Likefallen angel Slayer, it centers around an organization dedicated to protecting humanity from supernatural danger. And just like Tanjiro getting exposed to fallen angel-slaying after their own parents’ lives are taken, Ichigo was first introduced by his family, being attacked by a disgruntled soul.

Check Out: 20 Of The Best Anime Sword Fights To Watch

Soul Eater is an anime about a school for aspiring Shinigami and their human weapons. Those human weapons seek to become Scythes, something they can only accomplish if they eat 99 souls from an evil entity and one from a witch. To do so, they track down and eliminate demonic beings, just like thefallen angel slayers in your favorite anime:fallen angel Slayer; Kimetsu No Yaiba. Not only do both shows have similar fallen angel-hunting organizations, but they’re also both excellent action series with the beautiful art style.

If you’re looking for fallen angel-hunting adventures, check Twin Star Exorcists. It follows two talented exorcists who work to defend and purify a parallel world called Magano, which has been invaded by demonic creatures known as Kegare. Like many of the other characters in this series, they have faced personal tragedy at the hands of these demons reminiscent of what Tanjirou went through. As such, prepare yourself for some dramatic family themes in this series!

In Claymore: man-eating monsters called youma terrorize the land. There is an organization set up to defend humanity against their attacks. However, the organization comprises people who are half-youma, half-human themselves, subjecting them to discrimination and rejection regardless of how much they help. Also, we find that these youma were once humans. And it has Raki, the orphan boy.

So there you have it, anime lovers! Those are our top picks of anime titles that are similar to the anime in question. Do you have a list of your own? Do you know an anime with the same formula we missed? Let us know in the comments, and maybe then, just maybe, we’ll bow down to someone more skilled than ourselves. Enjoy!

PrevPrevious10 of the Best FATE Anime Series of All Time, According to Fans
Next10 Must Watch Anime If You Like ToradoraNext